The National War Memorial Carillon in central Wellington has been rated at just 15 percent of the earthquake code. 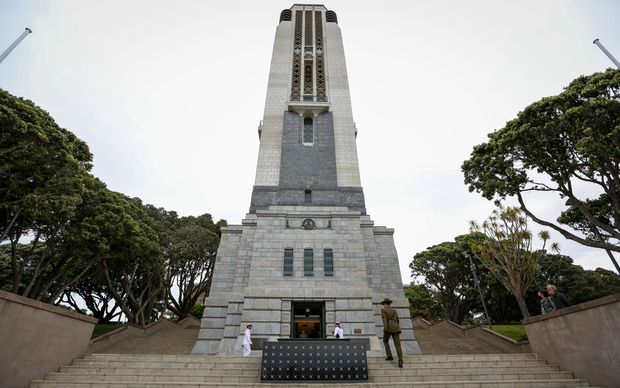 The 45m-tall bell tower at Pukeahu Park has been closed since February as a quake risk.

A detailed seismic assessment has found the weakest link is around the 74 heavy bells at the top of the Carillon.

"The main problems identified in the detailed seismic assessment were with the bell frames," Te Pae Mahara manager Brodie Stubbs said in a statement.

"Now that we have a better understanding of the risks posed in an earthquake, we are exploring what options there might be to manage the risk to staff and the public in an acceptable way so that we can reopen the building."

The Ministry for Culture and Heritage was at the same time exploring options for earthquake strengthening, he said.

The tower and Hall of Memories behind it have already had major spending on their seismic upgrade from 2014-18.

The ministry did not specify the total amount.

The restored bells were put back in mid-2018.

"The Carillon was reopened in 2018 following refurbishment of the bell frame and some earthquake strengthening work," the ministry said in February 2020.

Any building under 34 percent of the New Building Standard (NBS) is rated earthquake prone.

At 15 percent, the war memorial is under a second key 20 percent threshold.

"If the building has an earthquake rating of less than 20 percent the risk of failure under seismic load is approximately more than 25 times the risk of failure for buildings that are 100 percent NBS," the Ministry of Business, Innovation and Employment says on its website. 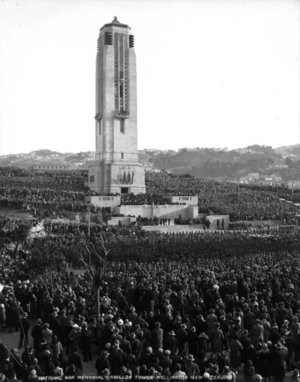 The Wellington City Council told the ministry in August 2019 an earthquake-prone building notice had to be put on the memorial.

However, the ministry did not tell the public and did not close the building till February this year.

It said it did this as it worked through a draft of the detailed seismic assessment "confirming that the tower is earthquake prone".

"Ideally we would want to strengthen the tower to that of a new building," the ministry told RNZ in February.

Now Stubbs said the assessment "provides one option for the remediation work required".

"This option has not yet been costed nor peer reviewed. We will be better placed to comment once these processes are complete."

The ministry is still getting a peer review of the assessment, which was finished in April, underway.