The Covid-19 pandemic claimed Waikato's much-loved and prominent refugee leader last month. Ismail Diriye Gamadid passed away in Mogadishu, Somalia on 25 May after a three-week struggle with Covid-19. He was on a humanitarian visit to flood victims in an area also affected severely by Covid-19.

At the time of his death, he was serving as Minister for Agriculture in the region of his birth – Puntland, an autonomous province in Somalia. 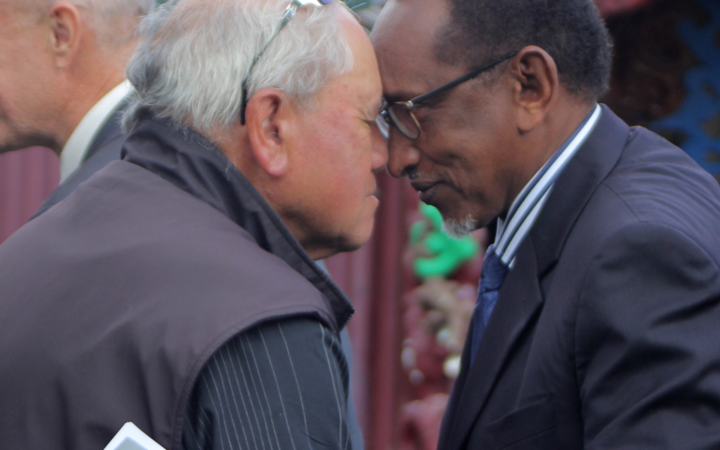 At the Hamilton Gardens on a sunny day in June, nearly 100 people have gathered to remember and commemorate the life and legacy of Ismail, fondly known as a 'gift to Hamilton'.

It’s an emotional farewell to this popular Somali leader. Ismail arrived in New Zealand as a refugee from Somalia in the mid-1990s. For 20 years he served his community as President of Waikato Muslim Association and Waikato Refugee Forum.

There's a cross-section of people at the gathering. Politicians, community social workers, government representatives from the Ministry of Social Development and people across the Muslim, refugee, immigrant and many African communities from Waikato, Auckland and even Canterbury. 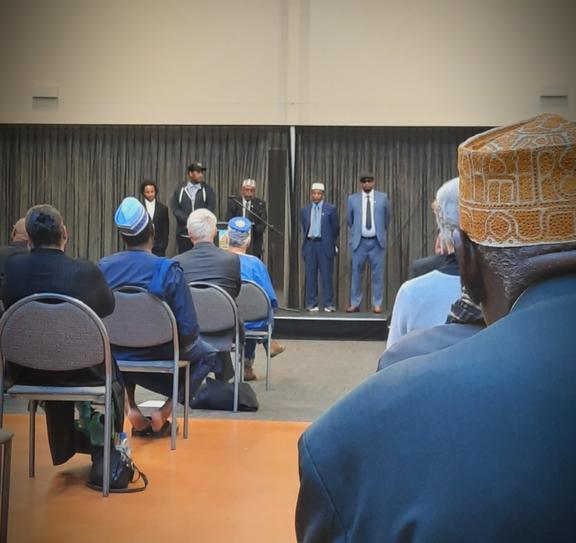 Ismail was clearly loved by everyone whose lives he touched.

Dr Mustafa Farouk originally from Nigeria, leads FIANZ, the Federation of Islamic Associations of New Zealand. He and Ismail shared a close friendship over the years.

"[Ismail] was definitely larger than life. Ismail loved to tell stories - he always had a proverb, a story for everything. Some stories that only an African person could appreciate. You’d never be bored if Ismail was around. When you travelled with him he always came prepared. You knew there'll always be a lot of coffee, food and you'd always be entertained," Farouk says.

"But most of all, he cared for people. No matter who you were, Ismail was always there for you. He also had a strong command over Somali language and history."

Ismail’s love for Somalia drew him back there a year and a half ago to serve in the regional government of Puntland, in the northeast of the country.

In New Zealand, for his contribution to community and refugee resettlement work here, Ismail received a Hamilton Civic Award in 2009. Ismail was instrumental in setting up Hamilton's first Islamic early childcare centre - a centre that had a policy to also employ non-Muslim teachers and invites enrollments from families across all faiths.

Ismail was also known as someone who championed the cause of Muslim girls learning to embrace New Zealand's outdoor pursuits from kayaking to abseiling and tramping. He played a pivotal role in convincing and supporting families to encourage girls to take up these activities with confidence.

"What we take from Ismail's experience with WOWMA [Women's Organization of Waikato Muslim Association] is that if you grow one woman, you grow community," Alia Farouk says in her eulogy.

Ismail passionately championed many causes, but his biggest cause was always humanity. One of Ismail’s many legacies was the impact he had on the integration, guidance and education of young Muslim former refugees and immigrants in Waikato.

In the light of the recent anti-racism rallies around the world and in New Zealand, Farouk says: "Ismail would be very pleased it’s not only Africans or people of colour marching but everyone. Justice transcends borders and cultures ... I know that’s what he would say ... look at all these people coming together." 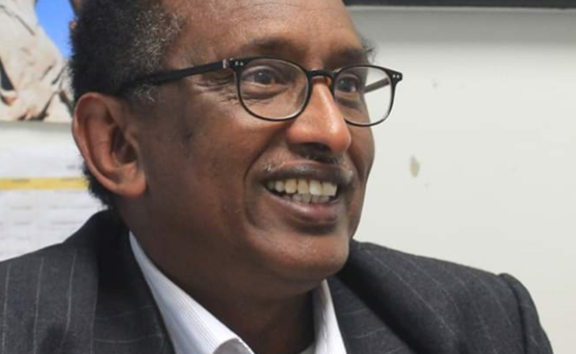 Ismail’s successor at Waikato Refugee Forum is Mohamed Khalif Abdi, also originally from Somalia. He took up the position five years ago when Ismail moved to Australia before taking up his government office in Somalia.

"He was my mentor.

"The region he came from in Somalia was peaceful. It gave him hope that he could contribute. People there were amazed. In the news you could see Ismail opening programmes, many things - he was shining. He could have been the President [in Somalia] - he was worth that. He died in humanitarian action and it was a shock," Khalif Abdi says.

At the time he was president of the Waikato Muslim Association, there were nearly 40 different nationalities of Muslims at the Hamilton masjid. "You had to compromise, negotiate, bring them together. Ismail was a man of wisdom and had a natural power to negotiate."

Ismail negotiated with all the challenges that came his way as a refugee arriving in New Zealand. For 20 years he devoted his energy towards uplifting other refugees and immigrants here. It’s as though his life came full circle, with him returning to help rebuild his country of birth and doing what he loved best – making a difference.

Mustafa Farouk says what his friend's life "exemplified is it's about looking after everybody ... it's about tenacity, about going against all odds to do something for someone where you don't get paid, where you don't even get 'thank you'.

"Ismail exemplified service. That's what I hope everybody will take from Ismail’s legacy."