New Zealand should stay at alert level 2 for longer, even if a decision is made to drop Auckland's level, says an expert in the way Covid spreads. 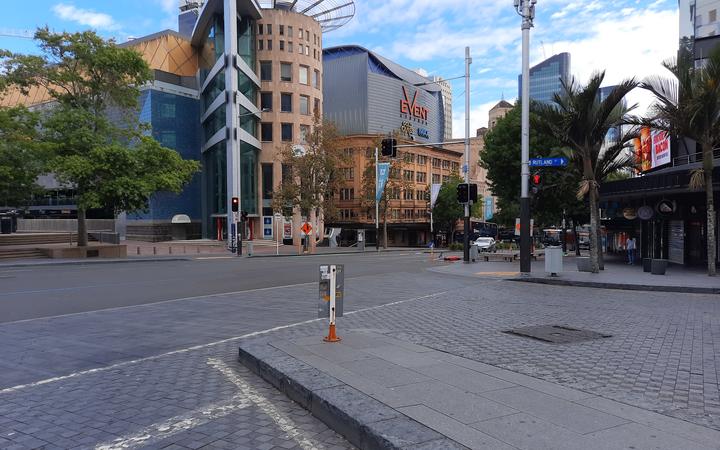 The Cabinet is meeting today to decide whether to take Auckland out of level 3 and the the rest of the country out of level 2 on Sunday morning.

There had been no new cases in the past four days.

But Director-General of Health Dr Ashley Bloomfield said they were still waiting on the tests of a "long tail" of about 30 close contacts, most of them from a Papatoetoe gym and those results could be critical in any decision.

Most public health experts spoken to by RNZ were optimistic Auckland could go down a level but with the strong proviso that today's test results could change everything.

As for the rest of the country, Covid-19 data modelling expert and physicist Shaun Hendy said it would be prudent to keep it at level 2 a little longer.

That was because people would begin to travel in and out of Auckland if the city moved to level 2.

"[Level 2] just puts that cap on event sizes which means that should we have an outbreak we're not chasing hundreds or thousands of casual contacts," he said.

Otago University epidemiologist Michael Baker said, based on Thursday's numbers, it was probably safe for the rest of the country to go to level 1.

But it would be better if the government pushed the message to use masks to go alongside that, he said.

And it was looking good for Auckland - pending final results, he said.

"I guess we just have to wait and hope that none of those indoor events have resulted in lots of ongoing transmission. It doesn't look like that is the case so far so that is good news," he said.

The large testing numbers helped give an assurance there were no other clusters "lurking" undetected, he said.

There had been 54,000 tests in New Zealand's community in the past week, most of them in Auckland.

"The team doing the testing has done a tremendous job," he said.

Te Rōpū Whakakaupapa Urutā, the Māori pandemic group, said it was too early to make a call on whether there should be a level change, although the signs wee looking good.

Professor Hendy said it was important to remember Covid remained a risk and, at this stage of containing an outbreak, the responsibility shifted to the general public to make sure they were staying vigilant.

That meant anyone not feeling well should stay home and away from school, work and big events, he said.