There are no new community cases of Covid-19 in New Zealand to report today, and six imported cases have been found in managed isolation.

There is still no confirmation if it is Covid-19 related, he says. All protocols are being followed and the patients are stable, Bloomfield says.

He says there are 11 community based testing centres open in Auckland today.

Of the Papatoetoe High School students, 11 are yet to return a second test result, eight of those from six separate households were visited yesterday and mobile testing vans are taking tests from them today. Two have refused a test and are being managed with isolation plans, and there is one outstanding student contact tracers are yet to find, who has previously returned a negative test.

He says today contact tracers are following up on close contacts, all of whom have already been tested once and returned negative tests.

"Since Monday, 45 home visits have been undertaken by welfare providers in Auckland ... in all 45 visits the people who were expected to be isolating were isolating."

Of the 185 attendees at CityFitness and Hunters Plaza on 26 February, 156 of them (casual plus contacts) have returned a negative test and 29 are due for testing and are being followed up on.

AT MIT there are 44 casual plus contacts from 22 February to 25 February - two have returned negative day five tests and all have been successfully contacted, and the other two who haven't yet returned a test result are being followed up.

At Kmart, of the 1882 people who were at that exposure event 43 have not yet returned a test result and the Ministry of Health has been in touch with 42 of them, and they are complying with isolation requirements.

Further results from ESR testing of wastewater has been returned and samples taken on Monday from three Auckland sites, including from Papatoetoe, have come back negative for the virus, Dr Bloomfield says. Samples from Christchurch and Rotorua were also negative.

On the testing front, Dr Bloomfield says yesterday was a big day - there were 14,671 tests processed - 7853 were across the Auckland region.

He warns however that there is still more testing needed before it is certain the virus has not spread further in the community, Dr Bloomfield says. 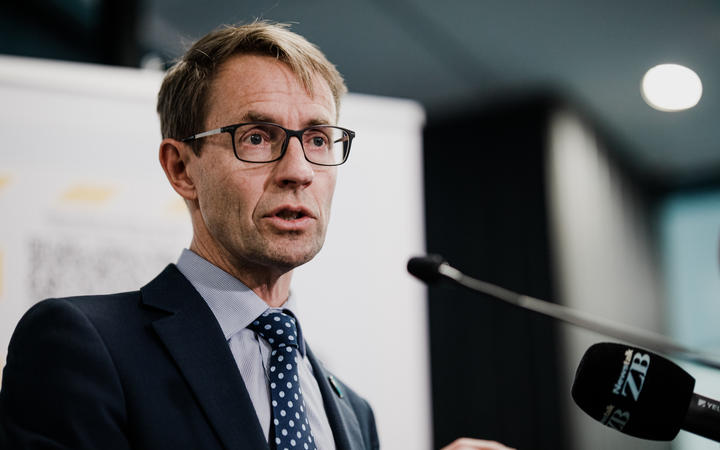 Ministers have said it is a critical time as more results come in from contacts of the latest Covid-19 cases in the city.

Covid-19 Response Minister Chris Hipkins told a media briefing yesterday that although no new cases of the coronavirus had been found in the community with 16,000 tests being processed the previous day, tests were still coming in and "we're still in the critical period ... we're not quite there yet" in terms of being certain the latest cluster has not spread further.

Hipkins said tomorrow would be the earliest time that Cabinet would consider any change in levels and the decision would depend on whether there were any additional cases and other warning signs or risk factors.

Dr Bloomfield today backed that up, saying Cabinet was set to meet tomorrow.

Auckland still being in alert level 3 is justified, he says, because some people who were exposed at a gym on Friday before the announcement are still being followed up on for testing.

He says in the next 24 hours officials will want to see test results coming in from the gym the covid case visited before moving alert levels.

"The key things we're looking for ... not just the fact we haven't got cases from the close and casual plus contacts from these potential exposure events but also the wide testing that's happening both in Auckland and outside to provide assurance there is no onwards transmission into the community."

It will also depend on close contacts continuing to isolate and there being no further community cases.

To be confident of being able to move down alert levels, Bloomfield says that over the next 24 to 48 hours and he's looking for close contacts to remain in isolation, to see test results for the tail of the casual plus contacts from the gym exposure event on Friday, and for no new cases to pop up.

On saliva testing, Bloomfield says it is still being trialled in quarantine facilities. He says the science for it has been validated but there's no commercial arrangement yet.

Two thirds of the border workforce has now been vaccinated, Dr Bloomfield says, and 800 vaccinators have now been trained for the Covid-19 Pfizer vaccine.

There are 13 DHBs rolling out the programme.

He says the ministry is considering starting vaccinations in South Auckland as a priority after border workers, as some have suggested.

"If we think about our border workforce ... majority of them are based in South Auckland, and also the fact that the last two outbreaks we've had in the community have been in South Auckland.

He's asked his team to start thinking about it, he says.

Dr Bloomfield says there is a small group of people who subscribe to the belief that Covid-19 does not exist but the vast majority believe it does.