New Zealand is on its fourth day with no new community cases reported as the country awaits news on a possible alert level shift, with Cabinet meeting to discuss restrictions tomorrow. 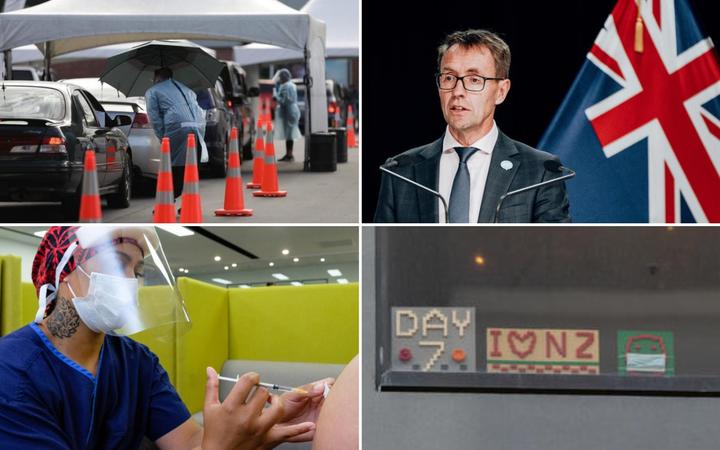 Cabinet will decide if the seven days of lockdown - that began on Sunday - is long enough to be satisfied there's no widespread transmission.

In today's Covid-19 briefing, Director-General of Health Ashley Bloomfield said it still had not been a week on from the last known public exposure event at an Auckland gym, where a positive case had visited whilst unknowingly infectious.

He said in the next 24 hours, officials would want to see test results from that gym before deciding about alert levels.

Professor Philip Hill who specialises in international health at the University of Otago told Checkpoint the time and course of that case's illness as well as the environment could be factors in that decision.

"There may be some particular types of activity - the breathing and so on that come with heavy exercise - and the indoor environment, and there may be other aspects of the environment they've picked up."

He said the incubation period - the time until the person becomes symptomatic after exposure - was the subject of a lot of interest, but as for the infectious period with the UK variant, it tends to be longer. He estimates it to be about two or three extra days.

"We know pretty well if someone is infectious what proportion of those [close contacts] is likely to [test] positive - it's somewhere about 10-20 percent."

There have also been media reports that one of the infected families had a lodger, but associate minister of health Peeni Henare told Checkpoint he was not aware of that, but private locations and their contacts were dealt with appropriately by the ministry.

The Managed Isolation and Quarantine (MIQ) site has a notification saying rooms for booking will be released from 5 March.

Last month, it was revealed the MIQ system was fully booked out until June.

Violence has been escalating in towns and cities across Myanmar, following last month's military coup.

The Ministry of Foreign Affairs said 79 New Zealanders were registered as being in the country on the Safe Travel website, and assistance was being provided to three of them.

Hipkins said the biggest challenge for people in Myanmar would be finding flights out - but if they could, they would be able to get into managed isolation.

Destiny Church leader Brian Tamaki has hit back at media after articles were published about him leaving Auckland just ahead of Sunday's level 3 lockdown. 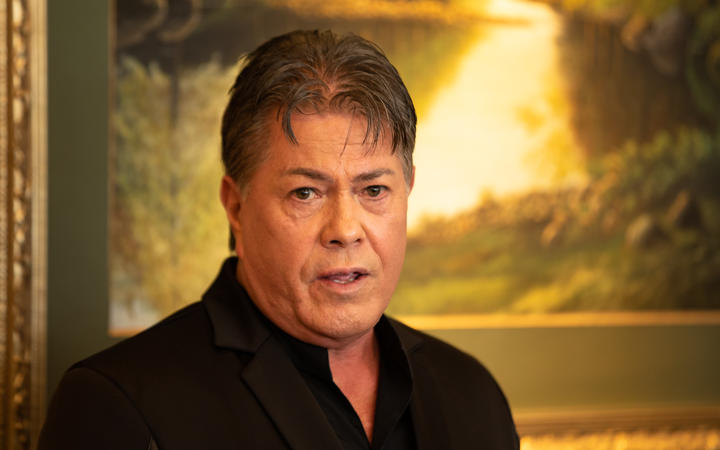 Bishop Brian Tamaki told Checkpoint he has done nothing irresponsible and he was not fleeing.

"I'm entitled to [leave], I didn't break any rules," he says, adding that he left before level 3 came into effect at 6am the next day.

He said he had done everything as per the public health requirements, and media reports had "vilified and demonised" them.

"We've kept all the rules and have been responsible."

He said there were about 20-25 people at the church service they did in Rotorua on Sunday morning.

"You guys were wrong, because you said there was a large gathering and so did most of the media and that was a lie."

More than two-thirds of the border workforce have so far received the jab, with those at the Auckland Jet Park quarantine facility the first to receive it in the country last month.

After their families are vaccinated, frontline health workers are next in line. 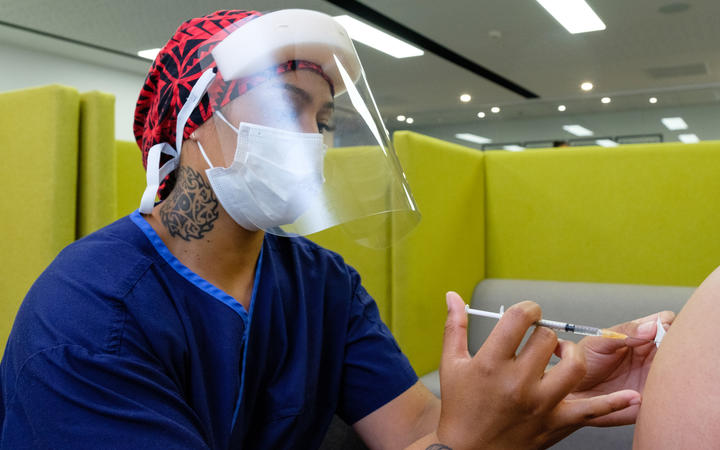 Auckland's Jet Park Hotel quarantine facility workers were among the first to receive the Covid-19 vaccine on 20 February 2021. Photo: Supplied / Ministry of Health

Director-General of Health Ashley Bloomfield confirmed the Ministry of Health had given Cabinet advice on "a possible sequencing framework" several weeks ago.

However, ACT and National Party are criticising the government over the "rolling maul" strategy of unveiling the next tier groups.

Covid-19 Response Minister Chris Hipkins said decisions had yet to be signed off by Cabinet and the degree of prioritisation would depend chiefly on how many vaccines arrived and when.

Associate minister of health Peeni Henare told Checkpoint when the time was right, the public would be informed of the processes and progress in regards to vaccination.

"We have to make sure the sequencing works in time with the way the vaccines arrive in the country."

Bus drivers have also said they would be keen to be next in line, and Henare said he would share that request to Cabinet for discussion.

College of GPs president Samantha Murton said the public deserved to know as much information as possible, but she understood it was not simple. 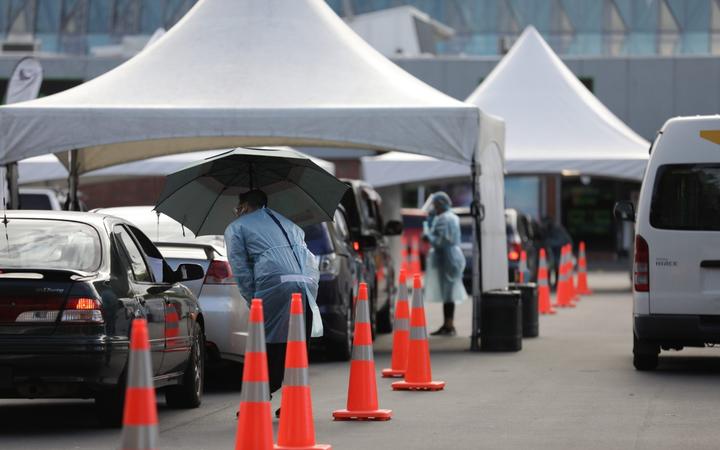 Bloomfield today also said South Auckland was being considered in the queue for vaccinations - with the majority of the Auckland border workforce based there - after calls mounted for the community to be prioritised.

Vaccinologist Helen Petousis-Harris from Auckland University told Midday Report the prioritisation of who will get vaccines next will depend on how many doses arrive, and when.

"If we have a scenario where we've got more infection around, like we're not quite sure how much of a problem we're going to have in South Auckland at the moment, things can change, so we've got to be flexible on that. Then we've got to come back to the challenge of how much vaccines we have right now on our hands."

Yesterday, a third shipment of the Pfizer-BioNTech vaccine arrived yesterday, bringing the total number of vaccines in New Zealand to 200,000.

Development West Coast has committed $5 million towards an assistance package for communities in and around Franz Josef and Fox Glacier. 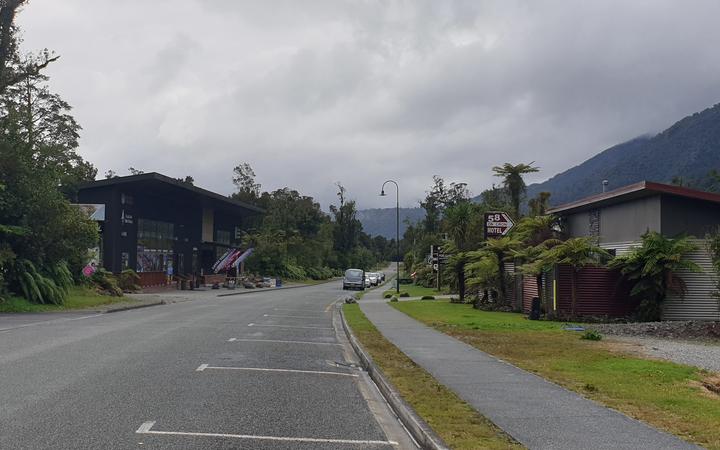 A recent survey revealed widespread job losses, significant losses of core emergency and community service volunteers and that at least 23 percent of people have left.

The community sent a nearly $35m wishlist to Tourism Minister Stuart Nash, who ruled out funding the entire request.

Before Covid-19, Glacier Country contributed about $120m per year to the country's GDP.

During a recent visit, Nash confirmed a support package was being worked on which he hoped would go to Cabinet by the end of the month.

Meanwhile, the national surf life saving champs at Ōhope Beach near Whakatāne - which was scheduled to take place next week - has had to be cancelled due to the pandemic.

It's among a raft of other events - including the America's Cup regatta, Round the Bays, a cricket test, the lantern festival, and Auckland Pride - that had to be delayed or cancelled when the country moved alert levels on Sunday.

Consumer NZ chief executive Jon Duffy talked to Afternoons about what people can do about refunds for events.