A study supporting a national rollout of cervical self-testing has presented its evidence, which reinforce previous researchers' findings it could save women's lives. 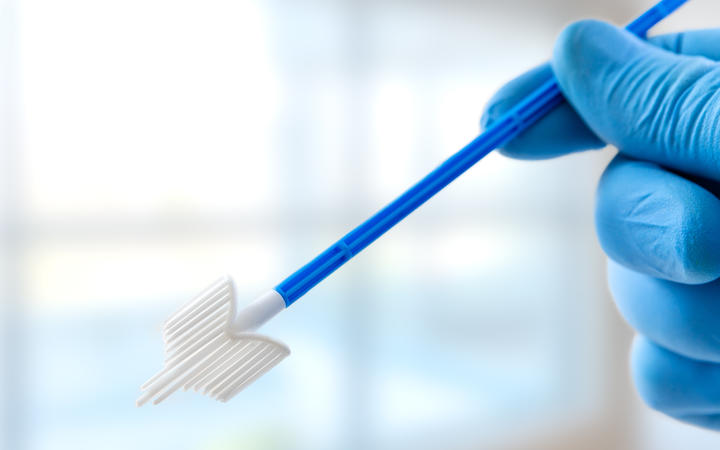 Cervical cancer is caused by the HPV virus and the self-test picks up the strains most likely to cause it.

It was meant to be introduced this year - after already being delayed for three years - but was delayed again as the Covid response had pushed back funding to address the IT system.

Last year, Victoria University of Wellington was given $1m from the Health Research Council of New Zealand to inform the National Screening Unit on offering the HPV self-test as part of the national screening programme.

About 900 women from the Te Tai Tokerau Northland region were involved in the study, which focuses on Māori women.

Māori women were two and a half times more likely to die from cervical cancer than others.

The study showed almost 60 percent of Māori women took the human papillomavirus self-test when offered it - about three times more women than those offered the standard cervical smear.

The university's director of the Centre for Women's Health Research, Bev Lawton, said she expected that improvement to be seen in all women.

"We also offered it to non-Māori women and they also increased their participation, the under-screened ones, but the whole focus was on Māori, and we would expect it to be acceptable for non-Māori as well."

Women could take a vaginal swab alone, rather than needing a doctor or nurse to use a speculum and take cells from the cervix.

"The programme at the moment when you look at cytology which is quite intrusive when you go to the doctor, it doesn't suit everyone, either for access or time. I mean if you're doing a swab you can just pop in the bathroom and do the swab, it's easy, and I think that's why it's acceptable and it means we will increase the screening," Prof Lawton said.

The research centre worked on that study to gather evidence in collaboration with Northland's primary health entity, Mahitahi Hauora.

Prof Lawton said the HPV self-test was more effective at preventing the loss of life.

"We need the gold standard test which is looking for the virus as it's 15 percent more effective at reducing cancer. And the other thing which I think women will be really pleased about, is you only have to have the test every five years.

"Cervical cancer is preventable, we should be able to eliminate Cervical cancer. If you look for the virus, it's more effective than what we're doing now. At the moment, we're doing a second-rate test - it's not the gold standard test anymore. We were going to change in 2017 and we haven't, so we really need to push that button."

She said the government now needed to finance a better, more modern health standard for women.

"This new information is going to be very helpful for our programme that we can roll out in New Zealand, proving the government pushes the button on it."