Māori doctors are urging the Ministry of Health to reconsider postponing a self-swabbing cervical cancer programme they say is more effective, less invasive and more affordable. 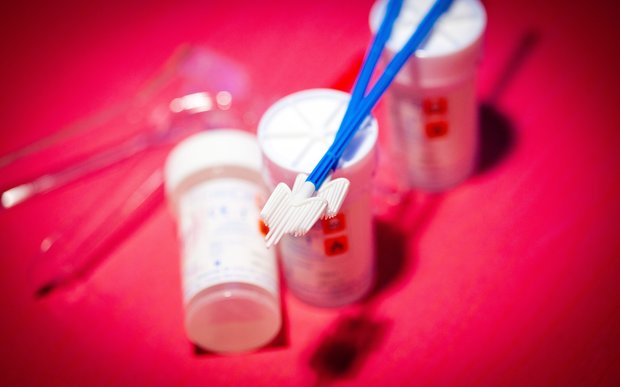 The programme, which was first due to be rolled out in 2018 and later postponed until next year, has been pushed back again.

The National Māori pandemic group, Te Roopu Whakakaupapa Urutā, has written a letter to the Director General of Health Dr Ashley Bloomfield urging that the programme be prioritised.

"Our roopu and many other people have long been advocating for a change to our national screening programme, it's basically remained unchanged for the last 30 years and it's no longer considered gold standard," she said.

"We're interested in joining our colleagues overseas in implementing the gold standard test in Aotearoa, that test is the Human Papilloma test, which is when they test for the presence of the virus which causes almost all cervical cancers. It's been shown to be more effective and more sensitive and it's shown to save lives."

"Recent data shows that even when our system is functioning at its optimum, Māori women still get cervical cancer at twice that of non-Māori... we're really interested in getting gold standard care and improving those inequities."

She said Covid-19 has also exacerbated the need to roll out the programme.

"Changes in our health system needed to be made to try and protect everyone and with those shut downs in accessing GPs or primary care and with the shutting down of the national screening programme, that meant that cervical screenings test couldn't get done.

"In the eight week shut down period, an estimated 52,000 smears were not performed in New Zealand and for each of those smears that means we're missing changes that can be treated and prevented, and it means that we've missed cancers as well in that time."

The Ministry has since responded to the group's letter, acknowledging the benefits of HPV testing.

"While they agreed with the benefits of the HPV testing as a way forward for Aotearoa, they said that implementing it is a decision for the government in future budgeting processes," she said.

"This was highlighted and accepted by the national screening unit and Ministry of Health in 2017 and since that time it's really hard to see what movement has occurred, and our main concern is in the time delay that that's causing unnecessary death for women and for whānau."

Dr Bloomfield said the ministry was working with clinicians including Bev Lawton on the issue.

"I don't want to undermine ... the current cervical screening programme, and it's very important that women, all women, are facilitated to and take up the offer to get a regular cervical smear under the existing programme. It has been incredibly successful in reducing deaths and morbidity from cervical cancer and the only way it will continue to do so is if women keep getting a regular smear.

"There is clearly an intention to move to an HPV-based screening, including the option of women using a self-administered swab, and Bev Lawton and others have done a study to show there's high acceptability of that.

"The important thing for any screening programme is that women - or in the case of bowel screening, both women and men - take up the offer to be screened and I strongly encourage all women to continue as part of the extant programme while we go through the work that needs to be done, including updating the information programme which needs to be upgraded as a prerequisite to moving to HPV-based screening."