The roll-out of a cervical cancer test women can do themselves has been delayed again, with doctors saying women will die unnecessarily as a result. 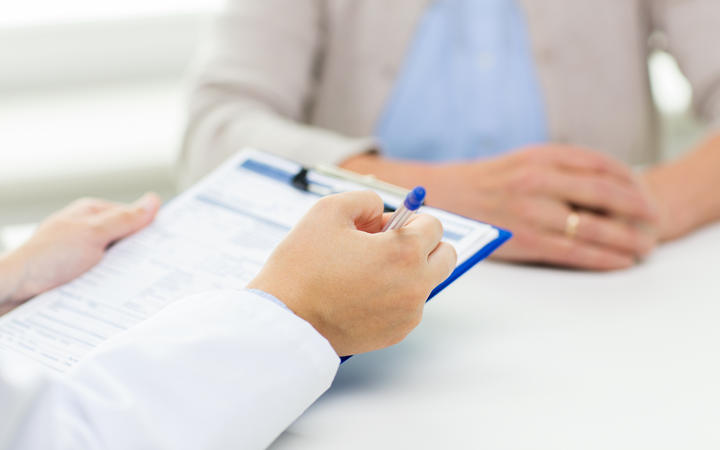 The self-test was meant to be introduced next year - after already being delayed three years - but that will now no longer happen.

Doctors have written to Director-General of Health Dr Ashley Bloomfield pleading with the Ministry of Health to overturn that decision.

"Women will get cancer unnecessarily and some of these women will go onto die from it," she said.

Cervical cancer was caused by the HPV virus and the self-test picked up the strains most likely to cause it.

Women could take a vaginal swab alone, rather than needing a doctor or nurse to use a speculum and take cells from the cervix.

"Many women are put off having a test because they have to have an intrusive test," Lawton told Morning Report. "[Smears] are very intrusive with a speculum."

Māori women were two and a half times more likely to die from cervical cancer than others.

After a 2017 trial where Māori women trialled the self-test, they were interviewed by Auckland's Wai Research.

"Some women said they would rather get cancer than have to go back and have another smear test because of the resulting discomfort, the vulnerability, the way they had been treated, the way they felt when they came out of the process," she said.

But they were overwhelmingly positive about the self-test, felt empowered, and that they had retained their dignity and mana, she said.

They said they would do it again and encourage others too as well.

Dame Silvia Cartwright led a 1988 inquiry into shortcomings in cervical screening that led to the current national screening programme.

Urgent action was needed to address the inequity - and it was time to move on to the best practice, she said.

"This test ... will be cheaper to administer, can be administered ... every five years instead of every three years, and would also provide a much more acceptable way of testing for all relevant women," she said.

It was a disgrace the system hadn't been put in place, she said. "Why aren't half the population getting a better test, that they deserve?"

Otago University senior women's health lecturer Helen Paterson said the test would also address poor outcomes for rural women, many of whom have to travel hours to get a test.

"This way, with self-swabbing, you could get them popped in the post to you, send them back, get your result and see whether you need to have anything further done," she said.

The latest delay to self-screening was largely because there were not the systems in place to support it - particularly for IT.

In his response to the doctors' letter, Bloomfield agreed self-testing was the way forward and that the ministry continued to plan for it.

But the decision to roll it out was the government's, he said.

The Covid response had delayed funding to address the IT system, she said.

Funding would be considered in the next Budget.