A survey of historical and scientific references to the now-rare native Hector's and Māui dolphins, going back to the 1800s, found strong evidence the species were abundant and ranged through much of New Zealand's waters, until recently. 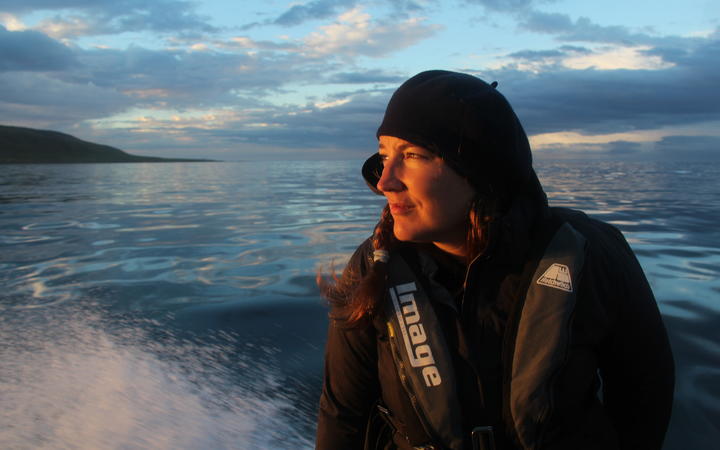 The data was analysed by Otago University's Gemma McGrath for her masters thesis. She said conducting a survey was valuable as it gave a picture of the dolphins' "baseline state" compared to the population now, and the pattern of decline could offer clues as to how they could recover.

"It's actually quite amazing; they were the most abundant of all our dolphin species that we see in close, once upon a time. It's hard for us to imagine what it was like, but there are scientists quoting that you wouldn't go anywhere around Aotearoa on a boat, without seeing Hector's and Māui dolphins.

"They were everywhere, and they were familiar, and they were common. We have terms that describe them as 'abundant', 'common', 'numerous', 'frequently observed', and 'plentiful' - right up until the 1960s." 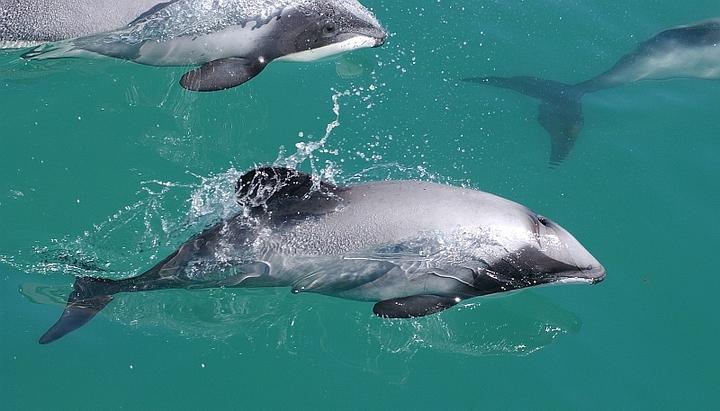 McGrath said there were lots of records available, from a wide range of reliable sources.

"We've got scientific journals going back to the late 1800s, written by the likes of James Hector [the species' namesake] and Frederick Hutton. There's early newspapers articles about people freaking out that they're swimming with sharks, but realising it's actually the [dolphins]."

Collected together the consensus indicated there were likely about 50,000 of the dolphins in New Zealand until the population's collapse, starting with the expansion of set netting, trawling, and the use of clear plastic nets, from the 1960s and 70s - within less than a lifetime, she said.

Māui dolphins are now critically endangered, with only about 60 left, and there's estimated to be about 15,000 Hector's dolphins.

Both live close to the shore, which makes them especially vulnerable to human impacts and fishing.

"They are traditionally a tohu, a sign, and there's whakataukī, or proverbs, that say when Hector's dolphins are plentiful, abundant and well, so too is everything else in our local inshore eco-system."

McGrath said there were signs of a small fall in their numbers pre-1960s, but early set-netting used nets made from cotton and hemp, which the dolphins could see in the water, and those earlier changes were nothing like what came later on. 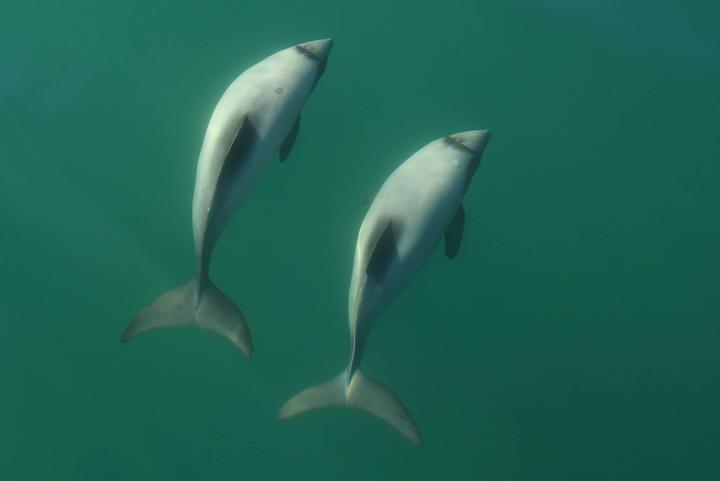 "In the 1960s some areas began using the plastic set nets, and the dolphins can't detect them - they're not always using their echolocation if they're sneaking up on things, and they are very hard to detect, so the dolphins get caught, especially the young ones.

"Set netting became a massive industry in the '70s and '80s and '90s, and the nets were systematically set up from the surf zone out parallel to the shore, systematically along beaches, all around the country, but Taranaki was hit very very hard. There were just walls of nets in the water column, and because this is such a coastal species they live in that zone, that's their habitat that they specialise in.

"So when all the nets were all set, and some set multiple at a time, and some were left out all the time to see what's out there, they just got systematically caught."

Two interesting quirks arose from the research; McGrath found a surprising amount of evidence the pods would often foray "up rivers and estuaries - moreso than we see now".

And, records from the top half of the North Island describe some with unusual physical characteristics.

"What is fascinating is that it looks like the further north you went, up around Auckland and the Kaipara, Māui dolphins were even longer than what you see today. There's some very interesting pictures and descriptions of them, compared to what we know today is the standard."

An early scientific drawing of a Hector's dolphin, by James Hector, published in 1873. He gave them the name Electra clancula, but the species were later renamed after him. Photo: Supplied

Now, Māui dolphins are found off the west coast of the North Island from Whanganui north, and Hector's dolphins are only found in South Island waters along Banks Peninsula and the West Coast. 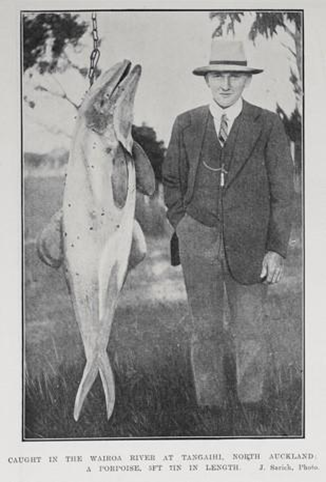 "There used to be other pods of Māui dolphins living off Whanganui, Taranaki, all the way down to Wellington and the South Island, it used to be connected. But that middle part has been taken out," McGrath said.

"We have lost a huge amount of genetics and distribution from the wider Cook Strait. That was once their stronghold where they were most abundant. We've lost that, which is why we have such a distance between Hector's and Māui dolphins today.

"And there's a lot of fragmentation now happening around the South Island. And most of these dolphins don't move very far from home. So they're farther apart from each other, and that connectivity is being lost." 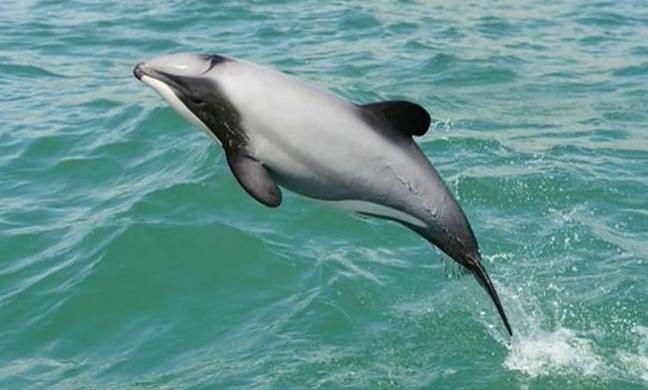 There are about seven other species of dolphins found in New Zealand waters, but Māui and Hector's dolphins are the only ones not found elsewhere in the world. They can be clearly distinguished from the other species by their colours and patterns, small size and round fins.

"We do have a lot of other native dolphin species swimming around our coasts that are local to Aotearoa," McGrath said; "we've got pods of bottlenose dolphins, dusky dolphins, common dolphins, and quite a lot of other species that live slightly further offshore in general.

"We do see quite a lot of those, but they're also declining in numbers since the impact of set-netting and trawling. They also used to be a lot more abundant than they are now, too.'

McGrath hoped to continue her research by carrying out a comprehensive survey of traditional Māori knowledge about the species.

"They've got the most Māori names out of any other cetacean species, any other whale or dolphin species, and that in itself shows so much. They were once widespread, commonly understood and used throughout the North Island.

"There's an association with death - like a vehicle for the spirit to pass out to. Some Māori go up to Cape Rēinga, some go out to the dolphins. There's traditions of that for iwi and hapū here around the South Island. Particularly older traditions in Ngāi Tahu in the South Island.

"There is a lot of fragmented information, and it needs to be researched alongside the iwi and hapū that the information relates to. But there's a lot of leads out there, and it's going to be super-exciting seeing how that mātuaranga [knowledge and wisdom] grows.

Dolphin young 'the size of a rugby ball'

McGrath believed there was still time to save the species, if set net fishing was phased out for all inshore habitats.

"The way set nets work, they take out everything, they catch target species, but the catch everything else as well, so you can imagine the waste and the bycatch of protected taonga species; sea birds, seals, other dolphins, orca, whales, all getting caught in these nets as well. The ideal situation would be an immediate transition away from set nets, into other methods that are more selective." 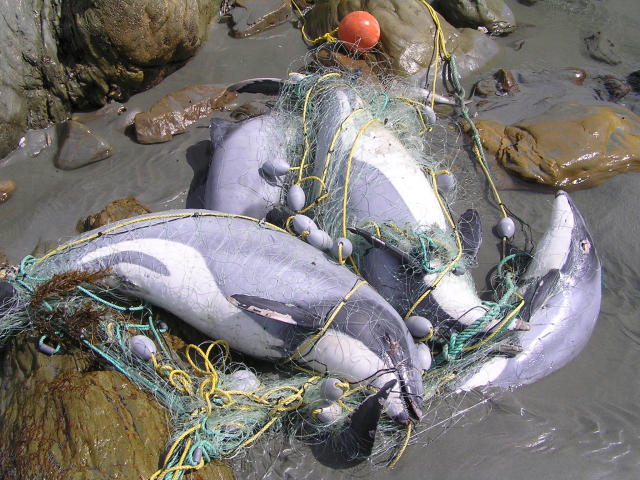 In June, the government introduced [https://www.rnz.co.nz/news/national/419804/increased-dolphin-protection-plan-a-bitter-pill-to-swallow-fisher-says new restrictions to set netting and trawling', designed to help protect the dolphins.

Some commercial fishers said the move went too far. However, McGrath said with a species so close to the brink, the protections should be extended further, to cover their entire range.

Last year, international conservation group Sea Shepherd filed a lawsuit in the US, asking for seafood imports from New Zealand to be banned, because of the threat commercial fishing posed to Māui dolphins. McGrath's work was cited in the declaration made to the courts.

Losing the species was unthinkable, she said, but that's what would happen if more is not done to protect them, soon.

"Why don't we make the oceans safe for them to swim in? They're just so special to Aotearoa, and they're one of the smallest dolphins in the world - a baby is the size of a rugby ball, you can't get much cuter.

"I've been in the water and you can feel their sonar, it's a light buzzy sensation. They're very gentle, they don't like it if you're noisy and splash around lots. They're very friendly, inquisitive and relaxed and can be quite playful, they love swimming in front of the bow of the boat.

"I think it's absolutely tragic that such a beautiful gentle species can get taken out, to the point we forget how often we used to see them. But they're a sign that not all is well, and we need to respond to that sign and save them, and the rest of the ecosystem as well."