Environmental groups and dolphin experts have been left feeling underwhelmed by Friday's announcement that cameras will be placed on fishing boats to protect critically endangered Māui dolphins. 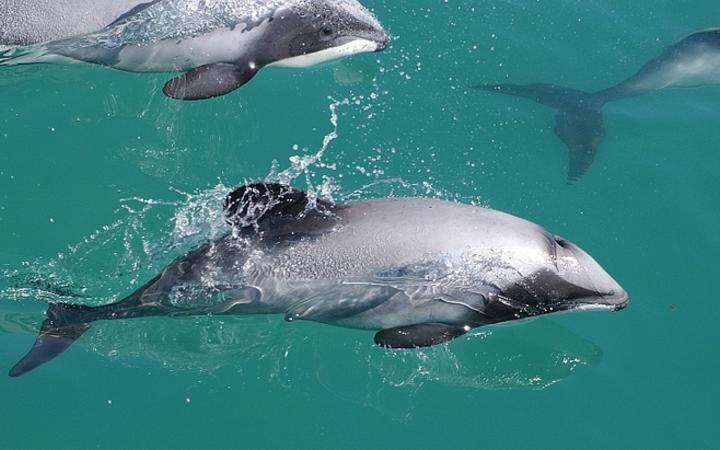 The dolphins are on the brink of extinction with estimates there are just 63 adults left in the waters off the North Island's west coast.

Some say capturing footage of them being caught will not halt their decline and there needs to be an extension of an existing ban on set nets and trawling.

Prime Minister Jacinda Ardern announced in Auckland that 28 trawlers and vessels using set nets would have cameras installed by year's end to monitor their impact on Māui dolphins.

"This system will ensure that we have that coverage much, much more broadly."

Fisheries Minister Stuart Nash talked up the benefits of a more transparent industry.

"For me this isn't just about compliance in any way shape and form. It is about going to the world with a global brand and saying to the world when you buy fish from New Zealand, you are buying from a fishery which is sustainably managed."

Mr Nash said the long-delayed introduction of cameras on the rest of the fleet, consisting of 1000 vessels, was still on the government's to do list, with a proposal going out for consultation in the near future.

He said he wanted to take his time and build trust and confidence amongst fishers before committing to a wider roll out of cameras.

Friday's announcement had the industry buy in he was looking for with Sanford boss, Volker Kuntzsch, on hand to talk up its benefits.

"Public perception that the industry is still responsible for killing dolphins out there persists.

"So, what better way to ensure that there's a greater understanding of what's really happening at sea, than cameras on board fishing vessels."

However, Forest and Bird's Anton van Heldon said the fishing fleet in the part of the North Island where Māui dolphins live, already had a high number of fisheries observers on board.

He said it was perverse to be placing cameras on these boats when the other 1000 vessels in the fleet had few or no observers and were free to lay waste to other threatened species.

"This is a major backdown by the government, who seem to have buckled to the pressure from industry to not introduce cameras across the whole of the inshore fishing fleet as they said they would."

The $17 million the government was spending on cameras for these boats should instead be spent on transitioning fishers towards dolphin friendly fishing methods such as long lining or purse seine nets, he said.

"This is not the answer to save Māui's dolphins. They are in crisis. 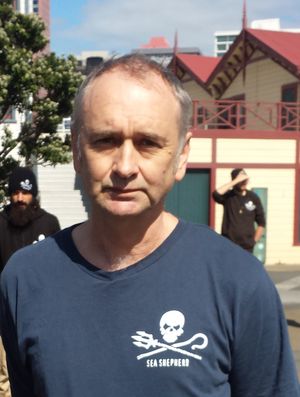 "We can't afford to have more dead dolphins, so we need to move beyond just counting dead dolphins as they come aboard."

Sea Shepherd said putting cameras on commercial fishing boats would not save the lives of Māui dolphins.

"Jacinda Ardern and Sanford can stand around the North Wharf and wear hi-viz vests, but that's not going to save the Māui dophin. You have to actually remove the threat."

Stephen Dawson of Otago University's marine science department also said cameras aren't what the dolphins need. He said targeting the threats posed by gillnetting and trawling would be better.

Dolphin expert Liz Slooten said the International Whaling Commission had made it clear to the government that it needed to lift its game when it came to Māui dolphins.

"So far New Zealand has responded only with more research rather than more protection action. So, the International Whaling Commission is getting more and more impatient about that."

Prof Slooten said cameras were no replacement for observers as overseas experience showed fishers being monitored solely by cameras could sometimes release dead dolphins back to the sea, claiming they were still alive.

The only thing standing between the Māui's and total extinction were 15 breeding age females.

"If we leave it until next year they will be gone. We absolutely need to act right now."

The Department of Conservation is due this month to release its updated Threat Management Plan outlining how Hector's and Māui's dolphins would be protected in future.

After the public had been consulted, a recommendation will go to the government, with a decision due later this year.