Commercial fishers say plans to protect some of the rarest dolphins in the world are another kick in the guts for a sector already down for the count due to Covid-19. Released yesterday it expanded the area where Māui dolphins were free from the threat of the fishers' net but kicked the can down the road on other measures to safeguard Hector's dolphins.

Andrew Stark, who runs four fishing trawlers off the Canterbury coast, said the industry's submission to the Department of Conservation and MPI, ahead of yesterday's decision, included research showing the number of nationally vulnerable Hector's dolphins was actually increasing.

"We trawl at a known speed of two to three knots. As a mammal they can travel a lot faster than that. For some reason they occasionally get caught on a trawl net. The reasons why we are unable to ascertain."

After very little activity during lockdown, his business was now struggling with reduced demand for fish and did not need further restrictions placed on it. 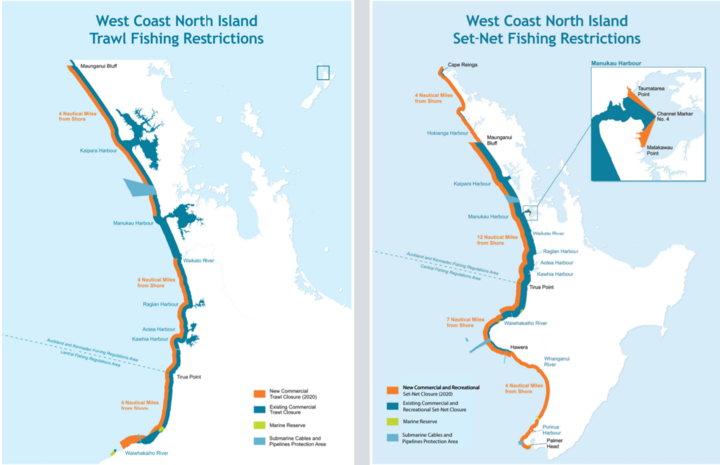 But after a 10-month wait to see what was in the plan, he was still none the wiser.

"Business requires stability and clarity and certainty. So, when you go through an extensive consultation period, and it closed in September last year - we're now near the end of June - so it's a bitter pill to swallow really."

One of the ideas requiring further consultation was placing taxpayer funded cameras on trawlers in areas where Hector's lived, something Stark said was unnecessary.

"I have no particular issue with cameras apart from I think they're a giant waste of money and resources. At the end of the day, they're just trying to prove that fishermen are criminals, when clearly we're not."

But while uncertainty remained for this operation, others had been delivered clarity. 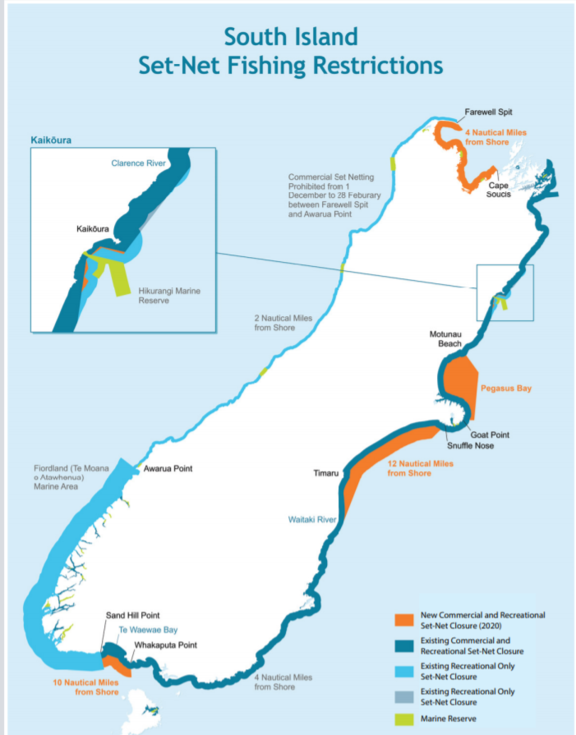 On the West Coast of the North Island, home to the remaining 63 Māui dolphins, the set net ban now stretched from Northland to Wellington, while trawling was out from the top of the island all the way down to New Plymouth.

Fisheries Minister Stuart Nash said the economic cost fell on 25 operators and stood at between $30 million to $70m, but that compensation would be available.

"We will work very closely with the affected communities. I mean, obviously because it's a small industry, we know exactly who the players are. Fisheries New Zealand has been making phone calls to support these fishers and that support will be ongoing."

Dolphin expert Liz Slooten said the plan did not go nearly far enough given the perilous position of both species of dolphin.

She disputed the sector's claim the Hector's population was increasing, noting their numbers were only a third of what they were 50 years ago.

And while Nash now had the ability to close the fishery if one more Māui dolphin died in a net, Slooten said even one more death could send that population in to an uncontrollable tail spin in to extinction.

"And in the threat management plan, clearly there's a trade off being made and it looks like a lot more attention being paid to the economic cost of these protection measures than to the benefits to the dolphins."

If New Zealand was not careful, its seafood industry could end up on a black list like the one the United States had for fish caught in waters that were home to the nearly extinct Vaquita dolphin, she said.

With only 19 left after years of inaction on set nets, Slooten said it was probably too late for this species.

She was urging authorities here not to make the same mistake with our dolphins.