Milford Sound has been given a moderate shake this morning after a 5.9 magnitude quake hit followed by two weaker ones. 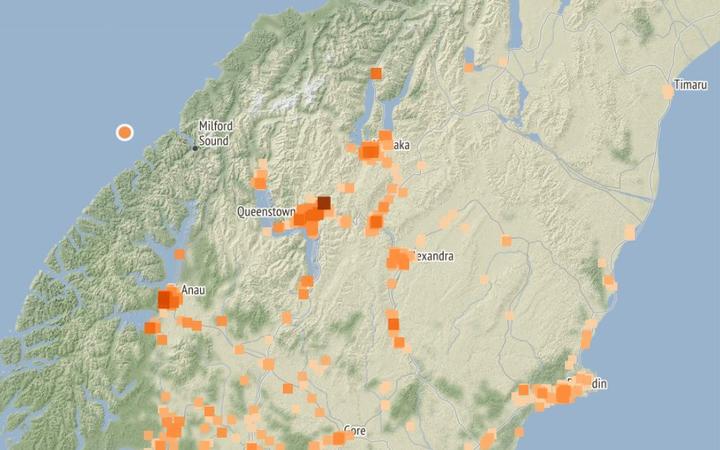 GeoNet says the first moderate quake hit at 10.20am today and has a depth of 5km.

It was reported to be felt by more than 4000 people, including in Alexandra, Gore, Haast, Lumsden, Milford Sound, Queenstown, and Wanaka.

It was felt as far afield as Auckland, GNS seismologist Muriel Naguit said.

Some people in Queenstown reported the quake as extreme.

At least 20 aftershocks have followed the initial quake from magnitude 1.5 and above.

Police said there have been no reported issues as a result of the quakes.

Just before 11am GeoNet reported there was a 2.8 magnitude quake.

Was long and strong in Te Anau. The house was rolling for quite a while

Felt strongly here in Dunedin. On 8th floor of Burns House - a bit of a sway#eqnz https://t.co/4zYgIQK6DF

Rockin’ and rolling in the office here in Queenstown - that you Te Anau? Ya good? #eqnz