Tourism Minister Stuart Nash says he will ban hiring vans that are not self-contained to tourists, as he urges a focus on attracting high-spending visitors. 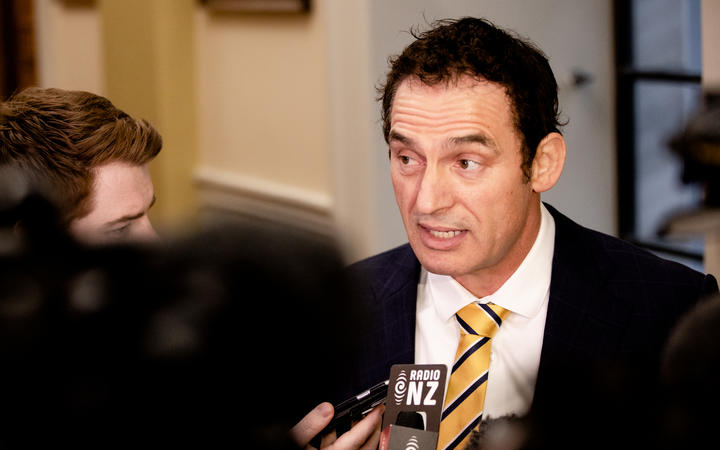 The incoming minister told a tourism summit yesterday the industry should sell itself as a destination for the wealthy when borders re-open.

Nash told Morning Report there was built up demand from wealthy travellers, while backpackers and freedom campers would not be the target market.

"Gone are the days as far as I'm concerned where you hire a cheap van that is not self-contained," Nash said.

"What we're looking at at the moment is a unique opportunity for a reset.

"We haven't got tourists here at the moment, so we have an opportunity to re-define our global value proposition and market to those who add significant value to our country.

He was not saying backpackers should stay away, but there was no point in directing the marketing effort towards them, he said.

Nash said he would be looking at "innovative ways" so ratepayers and taxpayers don't foot the bill for infrastructure tourists use.

He told Morning Report he was looking at regulations to stop international tourists from being able to hire vans that don't include toilets.

"We get all these vans driving round at the moment that are not self-contained, so if the driver or the passenger wants to go to the toilet - we all know examples of this - they pull over to the side of the road and they shit in our waterways.

"So what I am saying for example is a first cut, these vans that are hired out ... we will look at regulations to stop this, you will not be able to hire a van that is not self-contained.

"If you're willing to pay for a campervan at least you have the ability to dispose of your excrement in a way that meets our sustainability goals and quite frankly our brand.

"What I'm saying is, all our marketing effort will go into high net worth individuals who are looking for a piece of paradise at the moment as they sit in lockdown in New York or London."

These would be the sort of tourist who "flies business class or premium economy, hires a helicopter, does a tour round Franz Josef and then eats at a high-end restaurant".

The country would "unashamedly" target the super wealthy, he said.

"Do you think that we want to become destination for those freedom campers and backpackers who don't spend much and leave the high net worth individuals to other countries?"

Nash said he approved of systems in other countries where visitors paid more than locals at tourist attractions, but said the government can't direct how operators set their prices.

General manager of Haka Tours Eve Lawrence said it was important to define what high-value means.

"We need to educate [Nash] about the worth of the youth market. They bring in I think it's around $1.5 billion in export so it's a really high-value market, just in a different way."

Backpacker Youth and Adventure Tourism Association chairperson Jenni Powell was disappointed at some of the minister's comments.

She said said young people are resilient and keen to travel overseas, and will be key to the revival of the tourism industry.

"I think we've always been really privileged for those who have come to New Zealand as backpackers and then started to call New Zealand home and they do a lot of those roles that we cannot convince Kiwis to do."

That's due to negative perceptions around careers and tourism, he said.

New Zealand does very well at getting high value customers to the country, he said. "But I think we also do a great job of getting the everyday person to New Zealand and that's why we're 100 percent pure and we should be celebrating that".

"Now we have that interesting side where a lot of operators who are starting to ramp back up for the summer season are struggling to find people."

There are opportunities out there for people, he said.