The Police Commissioner has rejected criticism that Māori are still being unfairly prosecuted for low level cannabis offences but is concerned they are more likely to be found in possession of the drug. 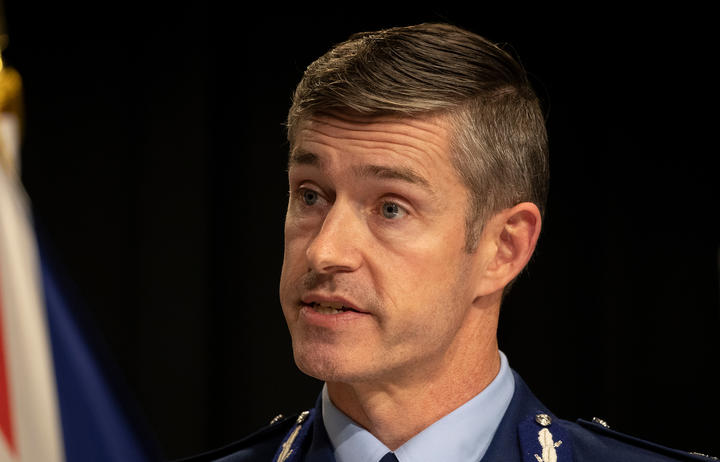 Andrew Coster says cannabis prosecutions for Māori are down by 17 percent in the latest figures. Photo: Pool / NZME

Andrew Coster told Nine to Noon the law change was intended to confirm what was already happening.

He said there has been about a 40 percent reduction in cannabis prosecutions in the last five years.

Statistics for the three months to September show prosecutions for Māori are down by 17 percent, and there's been a 50 percent increase in warnings to Māori where there are two or more offences.

"So we have seen a continued ongoing trend of greater use of warnings and a lesser use of prosecutions and that is consistent with the trend that has been running over the last five years."

Fewer than 20 percent of all people caught with cannabis were prosecuted, and 500 people have been referred to health professionals.

Asked about figures in the first six months of the law change which show no change in the prosecution of Māori for cannabis offences, he said it was an ongoing conversation within police who did not want to adversely affect particular groups.

It could be hard to determine if offending is more prevalent in particular communities or whether a police presence was picking up more crimes.

In response to concerns expressed by the Māori Council that police were going ahead with prosecutions for cannabis while still investigating other possible charges against offenders, he said the cannabis charge was "fairly inconsequential" in comparison with other serious charges such as assault or burglary.

He planned to talk to the Māori Council shortly on these issues, he said.

He said he believed police were looking more closely at whether prosecution was in the public interest and if it would be better to use their discretion to issue a warning.

"Those warnings are being applied pretty evenly across Māori and Pākehā. The bit that concerns me... is the fact that Māori on a per capita basis are much more likely to be found with cannabis and that's something we're examining in terms of our practices but also we need to recognise that there are health problems in some communities and we should be working hard to help them into a better place."

Asked if that meant Māori were more likely to be searched, he said it was an issue that police were trying to understand. Police had already recognised the over-representation of Māori in the criminal justice system and the need for police to ensure they weren't adversely contributing to the situation.

Police had been focused for a long time to try and find alternatives to prosecutions for several different types of crimes and were working with marae on their initiatives to handle Māori offenders with some initiatives showing promising results.

Police would not be taking anything from the cannabis referendum result which was "evenly balanced" but public interest was being served by the decline in the number of people being prosecuted for cannabis possession, Coster said.

The Police Commissioner said the introduction of a gun register needs to be done properly and not rushed into existence.

The Police Association wants a rapid introduction of the proposed firearms register to stem the flow of guns to criminal groups.

A 24-year-old man was arrested last night in connection with firing shots at a police officer yesterday morning in Whangārei.

"We need to make sure we do it properly. The only thing worse than doing it slowly would be failing to do it well and there have been some other examples in other jurisdictions."

Coster said the register will be created as fast as possible, while integrating it with other police practices.