Northland police have arrested a 24-year-old man in Whangārei after police were shot at during a pursuit this morning. 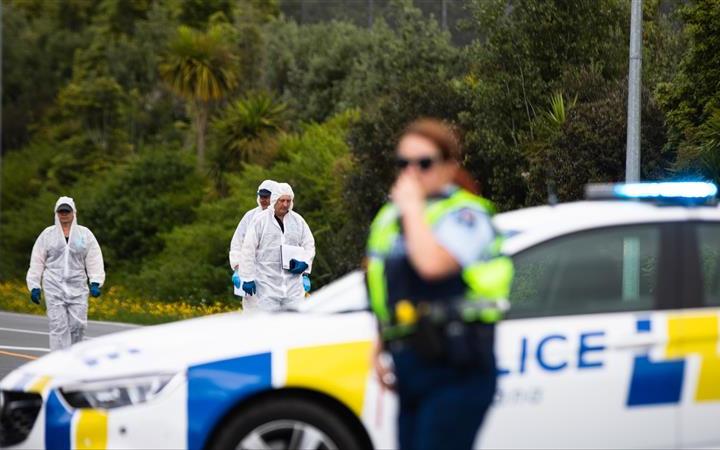 Police investigating after shots were fired at a patrol car in Whangārei. Photo: RNZ / Dan Cook

Northland police arrested the 24-year-old man in the city without incident this afternoon. He will appear in the district court tomorrow on a number of charges including firearm offences.

Northland District Commander Superintendent Tony Hill said in a statement: "Police hope this arrest brings some reassurance to the Whangārei community. We would like to thank them for their support in our investigation today."

Officers will no longer temporarily carry firearms in the area.

Police said multiple shots were fired at a patrol car after a vehicle fled from a police checkpoint on Te Hononga Street in Ōtāngarei.

Two people were in the vehicle which pulled into the police checkpoint at 2.13am, but sped off before police could speak to the driver, police said.

Police said the acting sergeant followed the vehicle in a patrol car and initiated a pursuit when it failed to stop an shortly afterwards, the male driver fired a shot into the air.

The vehicle then stopped and the driver fired a number of shots at the officer, but none of them hit the patrol car and the officer was not injured, police said.

It comes after a female police officer was shot at last month just south of Kerikeri.

In that case a shot damaged the windscreen of the police car, but the officer escaped unharmed.