Police believe they know the identity of a person who shot at a police officer in Whangārei early this morning. 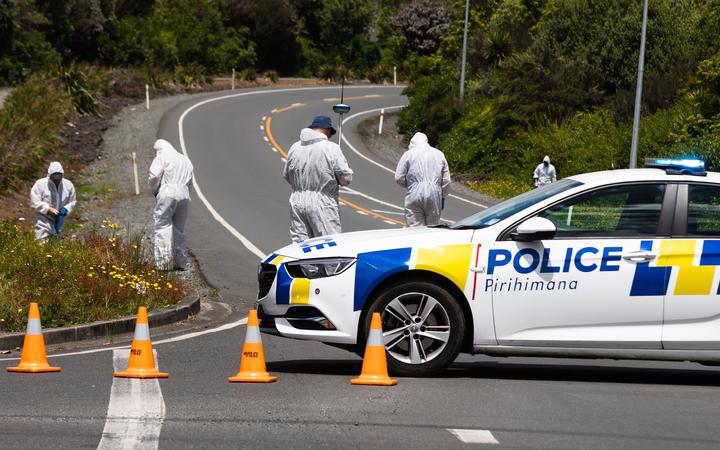 Multiple shots were fired at a patrol car after a vehicle fled from a police checkpoint on Te Hononga Street in Ōtāngarei.

Two people were in the vehicle which pulled into the police checkpoint at 2.13am, but sped off before police could speak to the driver.

The acting sergeant followed the vehicle in a patrol car and initiated a pursuit when it failed to stop.

Shortly afterwards, the male driver fired a shot into the air.

The vehicle then stopped and the driver fired a number of shots at the officer, but none of them hit the patrol car and the officer was not injured.

Hill said it is believed to have been fewer than five shots.

Within an hour the armed offenders squad found the vehicle up a driveway Otuhiwai Crescent about 1.6km away.

"We're speaking with some of the occupants who were with the vehicle but we are still looking for a person we believe was involved in the shooting," Hill said.

It comes after a female police officer was shot at last month just south of Kerikeri.

In that case a shot damaged the windscreen of the police car, but the officer escaped unharmed.

There was also a kidnapping on the same night in Waipapa - a short distance north.

Hill said there was nothing to indicate that these incidents were connected to what happened this morning.

Police in the district will be carrying firearms for the next few days.

"The outcry from the community's been very positive - they're equally as disgusted as we are," Hill said.

"We're doing our very best to make sure our staff are equipped and enabled to deal with these things and we take them very seriously, as we will in this matter."

Police said the officer who was shot at was feeling shaken but uninjured.

Far North District Mayor John Carter said the latest incident will cause concern in the community.

"Obviously it means that we're going to have to be looking to the government about gun laws because those that we've got in place aren't working.

"If this continues on then it's a serious issue that needs to be addressed."

Whangārei Mayor Sheryl Mai echoed the call and said it was unacceptable for police to have to deal with situations like the officer faced this morning.