The tourism industry is welcoming its new minister's plans to ensure ratepayers and taxpayers are not footing the bill left behind by international visitors. 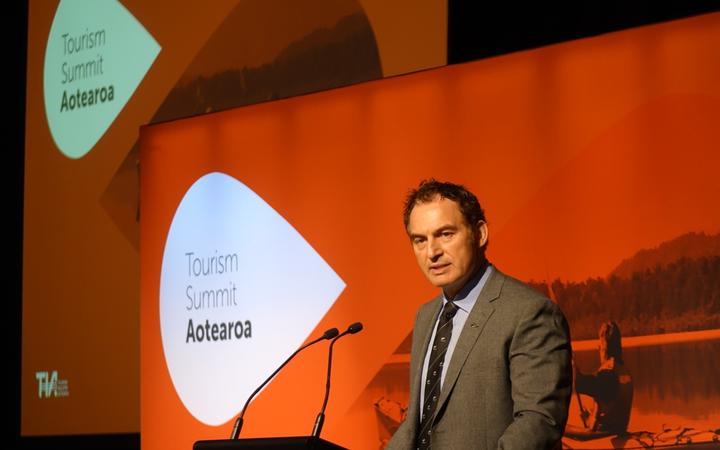 Newly-appointed Tourism Minister Stuart Nash revealed to a sold-out crowd at Tourism Summit Aotearoa in Wellington today the four themes he intends to focus on.

They included focusing on sustainability instead of business as usual, more partnerships between government and industry, and strengthening Brand New Zealand.

For tourism leaders, today's summit was the first opportunity to catch up in person after a disaster of a year.

It was where Tourism Minister Stuart Nash chose to unveil his vision for the industry.

"The question of who pays. New Zealanders should not be subsidising international visitors to the extent that we have done in the recent past. Some of the costs - such as the impact on infrastructure and the environment - are currently shouldered by taxpayers and ratepayers, when they don't need to be," Nash said.

The minister outlined a vision where the industry moves away from the likes of freedom campers, saying wealthier tourists would need to be targeted when the borders reopened.

In terms of when that could happen, the minister did not have the magic date the industry has been waiting for. Instead he said the borders would remain closed until it was safe to open them, despite the revenue loss.

"There's a level of resilience in the New Zealand economy that I don't think Treasury forecast or I don't think we all believed existed pre-Covid. It is still there. There are a number of businesses that have fallen over, we know that. But it is just a matter of making sure that we do as much as we possibly can in terms of buying local, supporting local businesses."

Tourism Futures Taskforce co-chair Steve Chadwick started her speech with congratulations for the industry and its new minister.

"What an energy bunny you've got as a minister and I think that's going to be wonderful for us all, and I'm pleased that this is his first speech today and I think he put a bit of a pou in the ground for us all."

Gillian Millar, operations senior vice president for Accor Hotels for New Zealand, Fiji and French Polynesia, was pleased that Nash seemed keen to engage with the industry and listen.

"If you said a year ago we would all be sitting in a situation today of a pandemic with borders closed and the global nature of this situation, none of us would have even envisaged it.

"Look, we're all coping. I hate the word pivot, but we're all seeing some green shoots here and there. Some regions are seeing better recovery than others. What we need to do though is work to build back our industry and work out what does the new industry look like," Millar said.

That meant one voice to government and working together.

"I really want to ensure that we do have business representation. I think the value of the tourism industry really has been underestimated of all the benefits it brings to communities and hopefully we can get alignment in that story telling down the track."

"Very generic and yet inspiring and a lot of food for thought."

She was disappointed to hear Māori tourism didn't feature in Stuart Nash's speech beyond an introduction in te reo.

"Very much a missing link or the pou of Māori tourism, isn't there. We've got frameworks like the Tiaki promise that TIA support, Tourism New Zealand support.

"It's relevant in that Māori culture and Māori frameworks of knowledge and Māori principles are involved in this summit and the industry and yet there is a real lack of presence."

Hanmer Springs Thermal Pools & Spa marketing manager Shane Adcock was interested in more discussions about who picks up the tab on infrastructure used by overseas visitors.

"I come from Hanmer Springs, a very small community that has a very small ratepayer base but has a large number of visitors. And so there's real stresses on infrastructure and those sorts of things and is that something that local government should have to bear or ratepayers or central government.

"I think there's some really good discussions so I'm not saying that we'll potentially all agree, I think the industry and the wider New Zealand community, it's certainly a discussion that needs to be had."

His speech was a breath of fresh air for Wilderness Motorhomes co-founder John Managh.

"I think it's really insightful. I'm excited that he's got lots of passion. It's great to have a tourism minister that really believes in what we're doing as an industry and has got some great insights about where we can take the industry," Managh said. 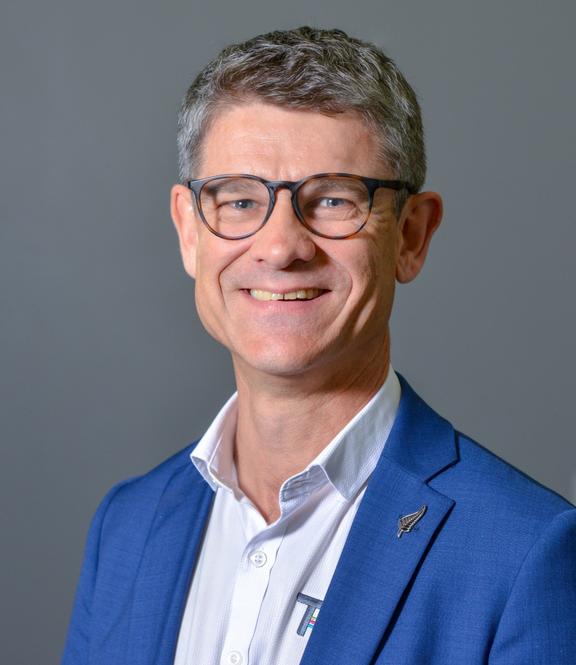 "The one note of caution was the minister did mention the pressures that are on some communities, which were there pre-Covid in managing the impact of tourism. But we must be careful not to demonise the international visitors, especially as we want to welcome them back to our shores when the time comes."