Local investors have stepped in to save part of the colourful and high profile campervan company Jucy. 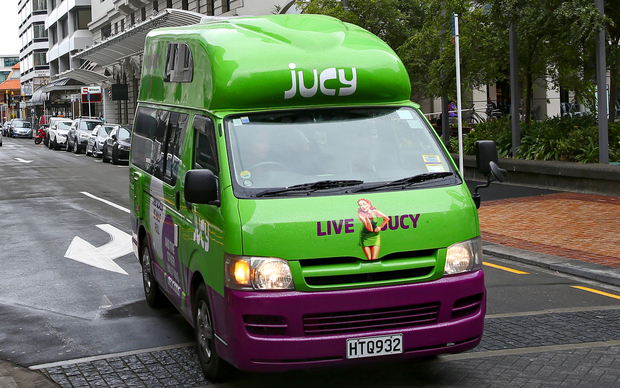 The New Zealand and Australian campervan and rental car operations are being bought by Polar Capital, the investment company of Colin Neal, with a minority stake going to another local David Cushing.

No price has been disclosed.

"Jucy is an iconic brand and while the impact of Covid has been devastating on JGL we are very excited about the acquisition and are pleased we are able to play a part in securing the future of Jucy Rentals and retaining the jobs of 150 Jucy crew," Neal said.

Jucy's accommodation, sea cruises, and US operations are not part of the deal.

Jucy was severely hit by the Covid-19-related border closures, and shut most operations during the lockdowns. Various parts of the group received a total of about $3.2 million from the wage subsidy scheme.

The companies being bought have been put into receivership, with Calibre Partners in charge.

"The business will continue to trade under its new ownership and the purchaser has agreed to honour holidays booked or credits held with Jucy Rentals," Calibre's Neale Jackson said.

Jucy's bright green, decorated vans have been on the country's roads for nearly 20 years.

Its founders, brothers Dan and Tim Alpe, said the pandemic had a devastating effect and despite cost cutting, and hibernating much of the business, it was clear the company needed extra capital.

"We have always believed that the Jucy brand is an integral part of the tourism landscape in New Zealand and Australia, and this new entity provided the best opportunity for the Jucy brand to recover from the impact of Covid-19 and move forward."

Nearly a hundred of its laid-up vans were stolen from an Auckland yard in April, although most were recovered.