The tourism industry is in survival mode as it braces for extended border closures.

The government is not ruling out keeping up borders restrictions until a vaccine for Covid-19 is available - which scientists say could be 12 to 18 months away. 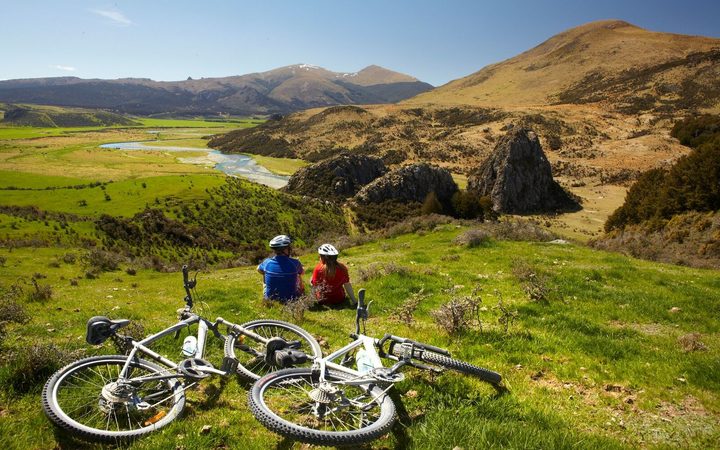 Tourism providers said they would be eyeing up domestic customers when the local lockdown eventually lifts, with some signalling it could be years before New Zealanders could travel internationally again.

Chief executive Tim Hunter said 85 percent of its guests were from overseas.

"We might go into 2021 with inbound tourism ... [it] might only be 30 to 40 percent of what it was a year ago, and if that's the case, we would have to considerably shrink the organisation to be able to survive. We've got some really serious challenges ahead," Mr Hunter said.

He expected the borders would remain closed for a while.

"That is absolutely no surprise to us given the explosion of the virus around the world. We don't think it would be possible to open borders.

"It would simply undo all the good work that's been done to keep the New Zealand population safe."

He remained hopeful Australian visitors might return by October followed by some Asian markets, but only if those countries could contain Covid-19.

"Businesses need to cut their costs right back, look after their staff as best they can, and go into hibernation and hopefully be able to emerge again when the opportunity arises," Roberts said.

"If they're not able to come back then we'll just have a devastated industry and be in no place to rebuild tourism in New Zealand."

International tourism brings in about $1.5 billion a month - but Roberts said domestic tourism could be a saving grace as it was usually worth $2 billion a month.

Typically, domestic tourism makes up about 60 percent of the visitor economy.

"There won't be a return to travel as it was in the past and the new normal will take some time to bed in. We're looking at a five year recovery for international travel. New Zealand will have to have much more focus on domestic travel and that's where we'll turn to first," Roberts said.

Professor Michael Baker a medical epidemiologist at Otago University's Department of Public Health in Wellington said it could be one to two years before New Zealanders could travel internationally again.

"Really until that pandemic ends internationally, overseas countries will be a source of cases, and the only other thing that would change that is if we get a vaccine or a very good anti-virals," Professor Baker said.

"But unfortunately it will take a long time before this disease disappears at an international level."

About 65 percent of spending in Queenstown in the year to January was from international travellers, and District Mayor Jim Boult said many were struggling.

"Where we're concerned it's gone from a lot to nothing. I mean there's no middle ground for us, the town has simply shut. Businesses have shut, gondola's not operating, the Earnslaw is tied up at the wharf. We are - to coin a phrase - dead in the water until the lockdown ceases," Boult said.

Queenstown Lakes would roll out the welcome mat when domestic travel returned, he said.

"People are wanting to stay isolated and I don't think there's an appetite for domestic travel, and it's certainly not something we're relying on in the coming three to six months," Robens said.

"Opening the borders with Covid in our major markets still, it's the risk of actually bringing it back into the country again. It's really something that we'll be looking to open as soon as we can obviously, but I think firstly what we have to do is protect the health and well-being of New Zealanders," Ives said.

Instead of marketing their regions, Regional Tourism Organisations were focused on supporting hard hit businesses in their areas, he said.

Prime Minister Jacinda Ardern on Monday confirmed the government was not ruling out keeping up borders restrictions until there was a vaccine for Covid-19.