Three teenage girls are lucky to be alive after being caught in a rip at a Wellington beach and they have an off-duty junior lifeguard to thank. 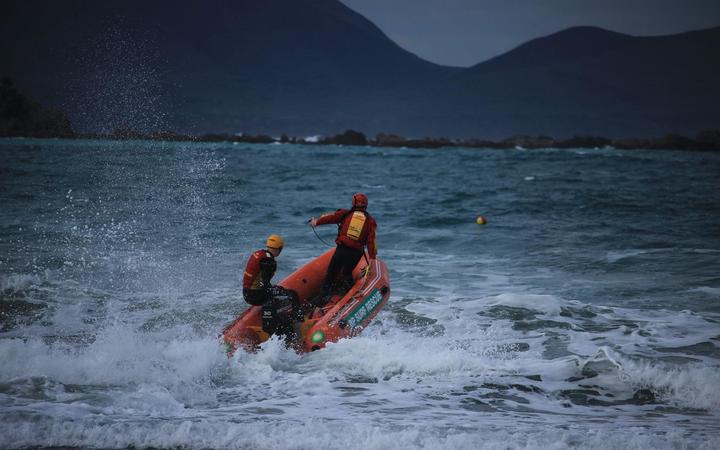 On Sunday the girls aged 12 and 13 went swimming in their clothes at Titahi Bay and were quickly swept out to sea in one of the beach's most notorious rips.

The story could have ended in tragedy, but luckily for them a group of surf lifesavers had been at a pre-summer refresher course.

They had almost packed up for the day when the real life emergency situation started to unfold.

Mac Van Den Heuvel, 16, and another guard, J'Adoube Elkington, were the last ones out on the water in the rescue boat.

Van Den Heuvel said they were pulling buoys out of the sea when a member of the public ran down the beach pointing to the North End rip.

"We started heading through some challenging surf.

"We could see a few members of the public pointing towards the North End rip, which is a permanent rip.

"It's quite notorious for catching out swimmers and it's where a lot of our rescues happen."

Van Den Heuvel said he could see three people in the water.

One was floating on her back, the other two clinging together screaming for help, he said.

"I started to pull in one and I looked over my shoulder and I saw the third girl... I knew she was in a pretty bad state."

He said the girl seemed to be sinking under the water so he started swimming towards her.

He managed to reach her in time, pulling her unconscious body out of the water.

Van Den Heuvel said he held her on top of him as he kicked against the rip now pulling them both out to sea.

Once they were all safely back in the boat he called to the club asking for urgent assistance, and they were met on shore for first aid checks.

The teenager had only been a lifeguard for a couple years and said it was his first serious rescue.

Normally he pulls tired nippers out of the water in training, but the real thing was quite shocking for him, he said.

"It really took me by surprise how quick everything like that happens."

Van Den Heuvel said with "sky high" adrenaline his instincts just kicked in when he jumped off the front of the boat, but he was a bit worried about ending up in trouble himself.

"Afterwards, for the next few hours I was shaking like couldn't stop shaking because of the adrenaline."

He said the IRBs (inflatable rescue boats) are crucial for surf clubs and without one on Sunday, it would have been a very different result.

Lifeguards are expecting one of New Zealand's biggest summers with everyone travelling in their own backyards. 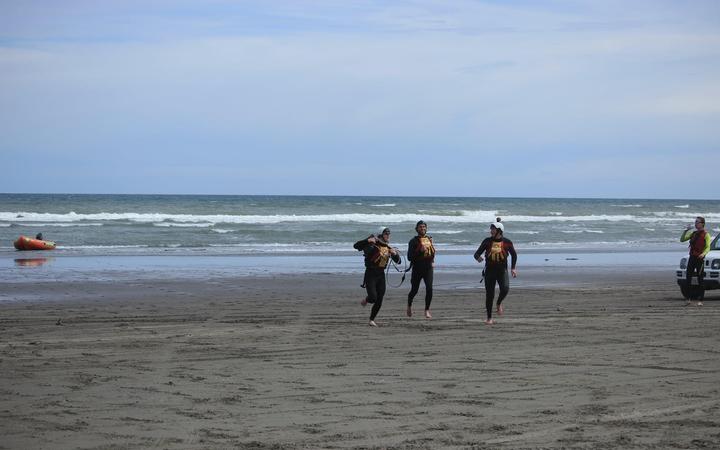 Titahi Bay's lifesaving co-ordinator Georgia McLaren said the girls were extremely fortunate, because if it wasn't for the refresher course there wouldn't have been anyone there to help with patrols not starting until December.

She said if Mac hadn't made the split second decision to dive into the water, the third girl would have drowned.

"She'd given up, no energy left and was under the water.

"Mac was quite scared really but acted in that adrenaline and just thought 'I have to go do this' and saw she was in serious trouble."

McLaren said this could have been a tragedy which serves as a reminder about beach safety.

"When you've got kids with you, keep an eye on them, keep them in arm's reach and don't overestimate your ability in the water to be able to cope in the conditions.

"In this case they didn't know their limits... but the key message in it, is that they also didn't know how to recognise the rip, and that was the reason they got swept out."