Lifeguards have already rescued a group of surfers who were caught in a rip at Raglan, as the new surf season gets underway. 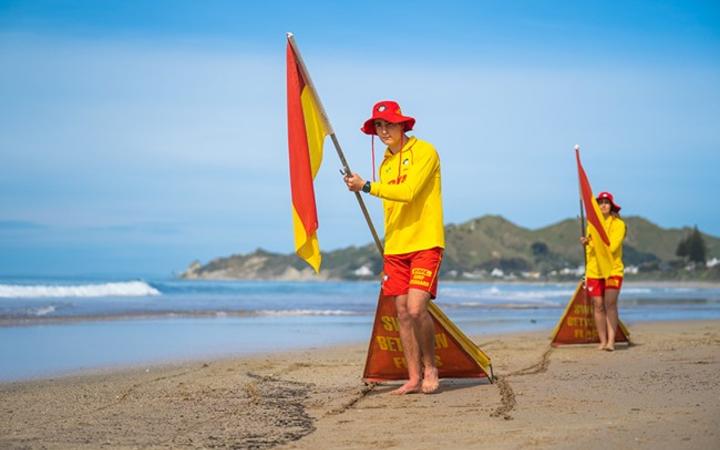 Surf lifesavers have been training all winter in preparation for the summer season. Photo: Supplied / Surf Lifesaving NZ

The first lifeguards have been stationed at beaches, mainly in the upper North Island.

The chief executive of Surf Lifesaving New Zealand, Paul Dalton, said lifeguards have been training through the winter - and have already rescued seven surfers who were caught in a rip at Raglan, in Waikato, two weeks ago.

He said anyone brave enough to take a dip in the next few weeks needs to take care.

"When it's still pretty windy and can be quite cold really take extra care because more wind means more waves which means more rips and fewer people in the water means fewer people around so be particularly careful about what you're doing before Christmas."

Men are likely to be the biggest headache for surf lifesavers again this year, causing about 80 percent of incidents where people get into trouble in the water.

Mr Dalton said by comparison, women tend to be more sensible in the water and aren't so prone to risk-taking.

For the coming summer, swimmers are being encouraged to head for patrolled beaches and to swim between the flags.