Unsuccessful Labour candidate for Rotorua, Claire Mahon, is not sure yet if she will stay in the city and contest the 2023 election. 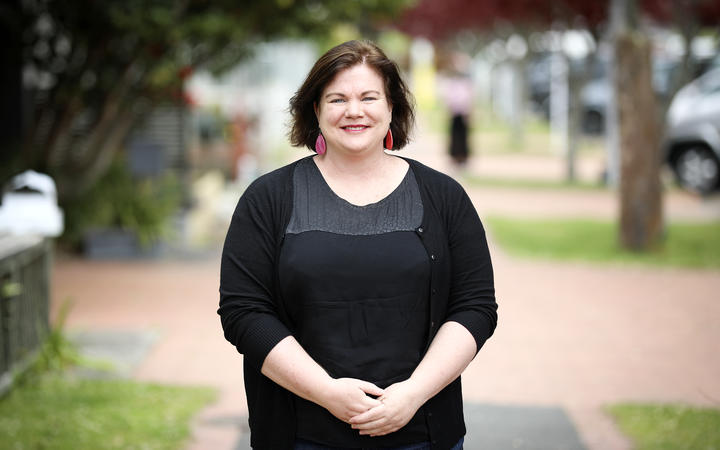 Mahon said she was "really proud [and] really happy" with the result, despite the 1245 vote defeat against the incumbent, National's Todd McClay.

The margin was significantly smaller than those seen in previous years.

On Saturday Mahon apologised to a disappointed voter on Twitter, stating it was "close but no cigar".

However, Mahon would not be drawn on whether she would stay in Rotorua or run for the seat again in the 2023 election.

"Twelve hours after the result [it's] a bit too early for me to have a full life plan mapped out for us.

"I'm really dedicated to making sure that the people of Rotorua get what they need and make sure that Labour in Rotorua is strong.

"I put my life on hold, and moved from one side of the world to the other, and dismantled my business in order to do this, and so now I need to earn a living like everybody else."

Mahon said the election had been an "overwhelming win" for the Labour Party in the Rotorua electorate, which was "a clear sign of where the support lies here".

"We did a phenomenal job, the team of volunteers and supporters and particularly the voters, in making sure we are really close when it comes to the electorate vote.

She said the narrowed margin between Labour and National in the seat showed "people are wanting a change", and that they respected the work she as a candidate, as well as the Labour Party had done.

"They really want to see a different future for Rotorua. This will be one of the electorates to watch around the country for 2023.

"The people here in a place like Rotorua look to who's the face and the name that they know, who's been around doing the work, who's been supporting the community groups that they're involved in and the issues that they care about - and that has been what the result here shows."

She wouldn't put the closing of the margin down to so-called Jacindamania alone, however, attributing some of the success to "the work that the candidates do on the ground".

She would not be drawn on what she would have done differently, instead changing the question to "what are we going to do next?"

"I want to build our membership and build our volunteer base and show people that there's nothing to be ashamed of, or embarrassed about, being a member of the Labour Party… they'd be backing a winner if they're working with us in the future."

Third-place getter, Green Party candidate Kaya Sparke had attracted 1431 - enough votes, if they had been sent Mahon's way, to change the seat red, begging the question as to whether the left vote had been split.

However, Mahon was not disappointed those left-leaning votes did not go to her campaign, saying she always knew there would be a "strong Green candidate that gets votes".

However, she said she wished there was a "better understanding" in the community about "what it means to vote for a party, and have strong allegiances with a party, and to vote for the Member of Parliament that you see being the best person… keeping in mind that that has to be the person who has a chance of winning."

On Sunday, Sparke told the Rotorua Daily Post she was "absolutely gutted" that Mahon did not win the Rotorua seat.

"She would have made such an excellent representative," Sparke said.

"When it comes to splitting the vote, I think we need to look at the root cause of that issue, which is actually the archaic 'first past the post system we use for electorates.

"We need to make a change to a Single Transferable Vote system as soon as possible.

"Minor parties shouldn't feel obliged or pressured to step aside because we are still using this obsolete system."

She added it was "safe to say that [Rotorua] is no longer a secure National seat, and it will be very exciting to see what happens in 2023".