Rotorua's second Whakarewarewa Forest hub has officially opened to the public, after a frigid and blustery karakia on Thursday morning. Mayor Steve Chadwick, deputy mayor Dave Donaldson and New Zealand First deputy leader Fletcher Tabuteau, who is based in Rotorua were among those in attendance.

The project - which began work in June 2019 - was one aspect of the overall Whakarewarewa Forest development, which also included upgrading Long Mile Rd and the Redwoods visitor centre.

The overall project's budget is $14.5 million, with the Provincial Growth Fund contributing just over $7m.

Tabuteau told the gathered crowd of about 100 people the project was collaborative, with mana whenua and government organisations "coming together".

Speaking briefly due to the cold, he sang the praises of the Provincial Growth Fund as "empowering communities [and] empowering whānau".

He said Provincial Growth Fund projects were about "the economic growth of our tamariki, our whānau and our community".

CNI Iwi Holdings chairman David Bronco Carson said when the CNI settlement was signed in 2008 and when the mana whenua was returned in 2009, "projects like this were envisaged and hoped for".

"The opening ceremony for Te Pūtake o Tawa is, therefore, a significant step in realising the vision for the future of this land and for the people and for the opportunities that come from it."

He acknowledged the "partnership" between CNI Holdings, central and local government, mana whenua and Timberlands.

"The strength of this project is its collaborative approach."

He announced Mountain Bike Rotorua and Tūhourangi Tribal Authority had been granted concessions to operate within Te Pūtake o Tawa.

Mountain Bike Rotorua will hold a concession for providing bike hire and retail, while Tūhourangi Tribal Authority were partnering with a combination of other local businesses, such as Whakarewarewa Village, Mitai, and Grounded Cafe to provide a food and beverage services, retail space, and a guided cultural forest experience. 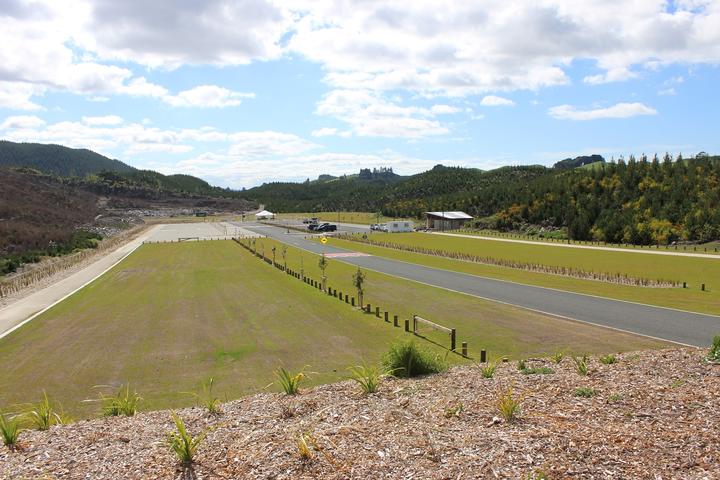 Work is under way to have these concessionaires operational by the end of the year, a council spokesperson said.

"Without these partnerships, we would not be able to achieve the outcomes we are working towards for our community.

"This year we have really learnt to appreciate what's in our own backyards, and what a spectacular backyard we have here in Rotorua."

She said the new access to the forest would "entice locals and visitors to experience some of the best of what Rotorua has to offer" and it would provide development and employment opportunities, as well as telling "the stories of mana whenua and the rich history of this special place".

Chadwick, a former Conservation Minister and MP for Rotorua who lost the seat in 2008, also acknowledged the imminent approach of election day on Saturday, addressing Tabuteau specifically as well as the wider gathering.

"We wish you well. Politics is a funny old thing - I know, I'm wearing my old DoC jacket, so it's just to show you life goes on, but we love you."

New Zealand First was polling at 3 percent according to the latest Colmar Brunton 1News poll, meaning Tabuteau, who is also running as a candidate in Rotorua, is unlikely to return to Parliament without a last-minute surge in the party vote for New Zealand First, or a win in the seat.