A long-running dispute over an earthquake-prone building in Wellington has hit a legal snag. 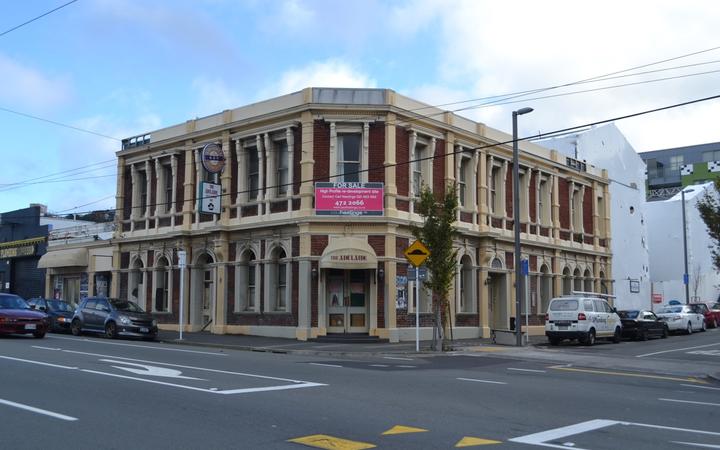 The Wellington City Council wants permission to strengthen The Adelaide building, because the owners refuse to.

It's the first time a council has taken a building owner to court to get the power to seize a building and get it strengthened itself.

The heritage building is on a busy stretch of Adelaide Road in Newtown and was meant to be earthquake-strengthened by 2013 - but seven years on - it sits abandoned.

The owners want to demolish it - but the council wants the court to give it the power to seize the building and strengthen it up to code.

A hearing was scheduled to take place at the Wellington District Court this morning.

However, when seated and ready to go, the lawyers for the building owners, called for an immediate adjournment.

Lawyer Kevin Smith said he had come to the case very late.

"Counsel have only recently been instructed - counsel were instructed on the 24th of September - it hasn't given the respondent's legal team the time that would normally be required to prepare for this hearing," he said.

However, the judge reminded Smith the case has been on the books since December last year - giving ample time for legal representation.

Smith added it was a complicated case that needed to be prepared and worked through carefully.

"This is law that hasn't been explored before in the New Zealand jurisdiction - there have been no other prior cases - it's not necessarily a simple law - it relies on your honour's discretion," he said.

Judge Chris Tuohy then addressed the city council's lawyers about whether the court has jurisdiction and the legal parameters.

Lawyer Nick Whittington wants the court to grant an order that gives the the city council powers to seize and strengthen - after many years of delays.

"Now the council's position is that the work it is allowed to do - and which would be reasonable - is to do seismic work," he said.

Judge Tuohy raised the suggestion that if the court granted an order - it could be for the council to undertake preliminary seismic assessments of the building and nothing more.

He said it would then be up to the council to come up with a detailed plan of what needed to be done and the costs - which would need to be approved by another order.

In any case, the judge granted an adjournment so the lawyers could file further submissions.

They must be filed in the next fortnight before the hearing takes place on 2 November.