A Māori Party candidate was one of four people arrested for trespassing while trying to stop survey work for a roading development in southern Hamilton today. 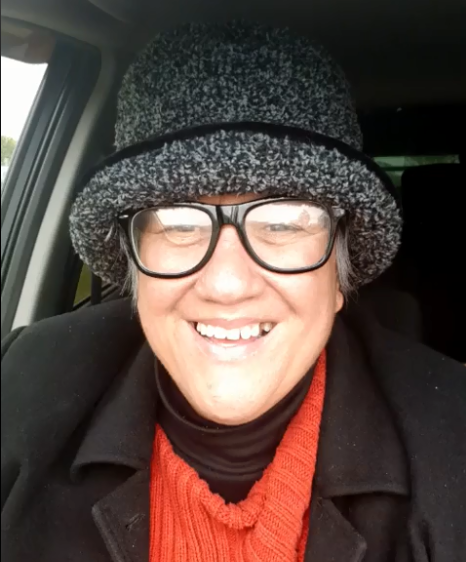 A group of protestors, including descendants of the hapū, Nga Muri Kaitaua, gathered at a property on Hall Road this morning to stop soil testing for the east-west arterial road to be constructed as part of a new council housing development, Peacocke.

In a statement, police said four people who refused to move off the private property after being issued a warning were arrested.

Māori Party candidate for Hauraki-Waikato and lawyer, Donna Pokere-Phillips, was one of them.

She said she was invited by kaumātua from Nga Muri Kaitaua to come visit the whenua, and raise some awareness of their protest.

Pokere-Phillips did a live stream on Facebook of the arrests, including the moment where she lay down next to a single wahine protestor who was blocking machinery from coming onto the property.

"When I saw Māori being arrested, saw the Māori pirihimana [policeman] and just the irony that it was a Māori pirihimana arresting mana whenua, feeling their oppression I guess and especially the nana who was on the ground and I just wanted to go in and protect her and that's what I chose to do".

"I was feeling the mamae (pain) because it's quite emotional when you're down there, and I guess for me it was the young Māori pirihimana, yes I know he's got a job to do but he was making comments like, 'whose protecting this nana' and I made the comment, 'who are you protecting?'"

Pokere-Phillips said her "emotions took over" when she saw the nana on the ground, which is why she lay down in protest with her. 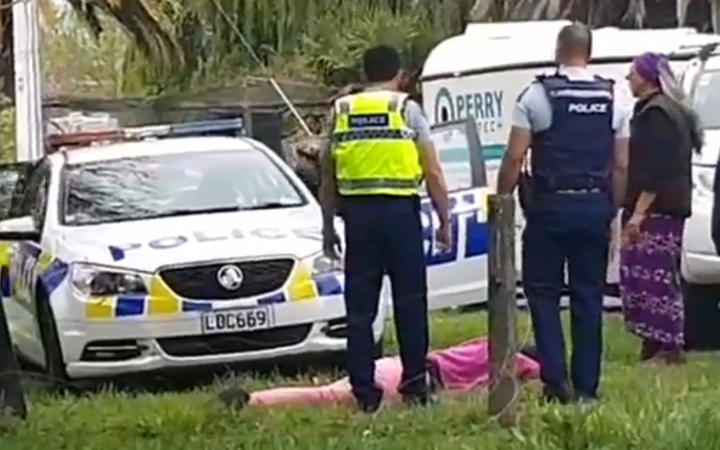 She was warned by police but refused to move from the whenua and was arrested.

"He treated me like a young male, and then they threw me in the paddy wagon ... I've never ever been arrested in my entire life, I hold a Master's in Law and I tend to advocate for whānau on the other side and it's the first time I went through that whole process," Pokere-Phillips said.

Protest organiser and descendant of Nga Muri Kaitaua, Romana Rapana said they have been camped down at the site for 128 days now.

He is the direct descendant of Te Tipi and Te Inuwai who built the former pā, Nukuhau and Whatukoruru, where a number of Waikato-Tainui hapū including Nga Muri Kaitaua lived before the land was taken in the 1860s.

He said the new road would run through these wāhi tapu, which also have urupā surrounding them.

"It's 2020 now and we're still getting robbed, we're still getting homeless and our whenua is being taken and the powers that are put in place to protect us aren't protecting us, so now we need to stand up for our own rights and the future of our grandchildren," Rapana said.

His nephew Te Kopa King, who has studied the history of this whenua, said there were 11 pā sites that fall within the development that were not being protected, and that their hapū had not been acknowledged by the Hamilton City Council as mana whenua.

"We want our whakapapa and our identity of our pā sites and our traditional homelands protected and respected and not have roads put through them like Hamilton has done to our previous pā sites already.

"We want housing but not housing where it is going to marginalise all our people all over again."

A petition to stop the road running through a neighbouring bird farm, Shaw's Bird Park, has been signed by more than 30,000 people.