A Māori Television/Curia Market Research poll shows the race for the Tāmaki Makaurau electorate is close, with less than a week until election day.

The poll released on Sunday put Labour's Peeni Henare - the incumbent in the electorate - at 35 percent of the candidate vote, closely followed by the Māori Party's John Tamihere on 29 percent. 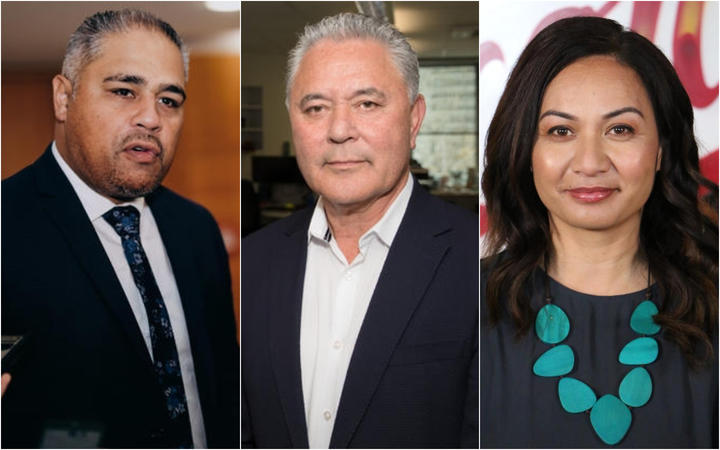 Green Party co-leader Marama Davidson is on less than half of that - 14 percent. Twelve percent were undecided and 7 percent refused to say.

In terms of party vote, Labour is on 57 percent followed by the Māori Party on 9 percent and the Greens on 7 percent, with 11 percent undecided.

New Zealand First support is on 5 percent and National 3 percent.

Fifty-five percent said they would vote for the Cannabis Legalisation and Control Bill and 29 percent were against, with 15 percent undecided.

Fifty percent of respondents say they will vote for the End of Life Choice Act and 34 percent against with 16 percent undecided.

The poll surveyed 500 people via landline or mobile and has a margin of error of 4.4 percent at the 95 percent confidence level. It was conducted on 6 and 7 October.

Mihingarangi Forbes from The Hui and RNZ's Party People told Morning Report on Monday the poll results will be disappointing for Marama Davidson.

But she said the Māori Party had run a smart campaign with strong, aspirational candidates.

"The policies are fresh too, and they're new, their candidates know them and they've performed really well in the debates.

"Concerning I think for Labour, it's fair to say NZ First has done them no favours there."

Press gallery journalist turned pundit for RNZ's Caucus Scott Campbell says in elections gone by there would have been scepticism about polls in Māori electorates but he thinks this poll deserves credit.

He agreed with Forbes it's somewhat of a protest vote against Labour.

"If there was going to be a protest vote it would be in Tāmaki Makaurau.

"The difference with this election is that it's very clear that the Māori Party, if they get back to Parliament, will not go with National and I think that signal has been sent to the Māori voters."

Forbes said the Māori seats are difficult to poll and she's looking forward to seeing how the results stack up against the votes at the election.

"Polls can give people an unwaranted sense of confidence so I think people are kind of listening to them but if you're a poltician running you'd be doing your darndest to be working as hard as you can."