The prime minister has unveiled a plaque at Al Noor Mosque commemorating the victims of the Christchurch terror attack. 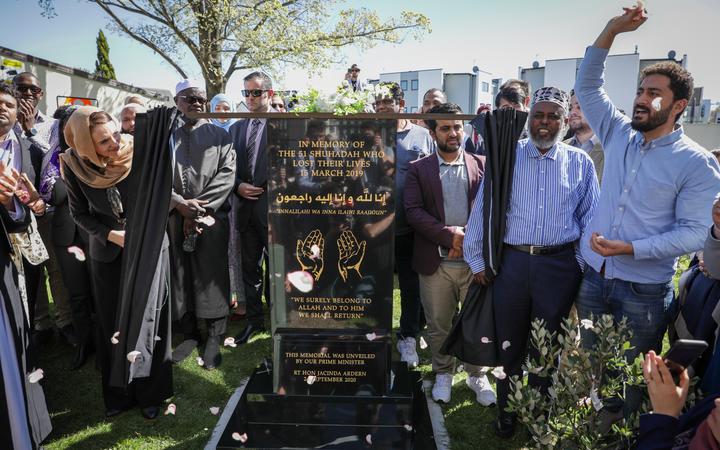 A member of the mosque threw flower petals in the air, saying "we received bullets and we still threw flowers". Photo: RNZ / Nate McKinnon

The black plaque, inscribed in gold, shows two hands in prayer and reads "we surely belong to Allah and to him we shall return".

Following the unveiling, a member of the mosque threw flower petals in the air, saying "we received bullets and we still threw flowers".

Jacinda Ardern was warmly greeted by families before speaking to them privately inside the mosque.

Ardern said she was pleased to see the survivors again but nothing would undo the harm caused by the massacre.

"To see for instance some who have previously struggled with walking who are walking, some who talk about the pain having lessened physically. You know, that shows the time that has passed but I don't think anything's quite gonna heal what happened there." 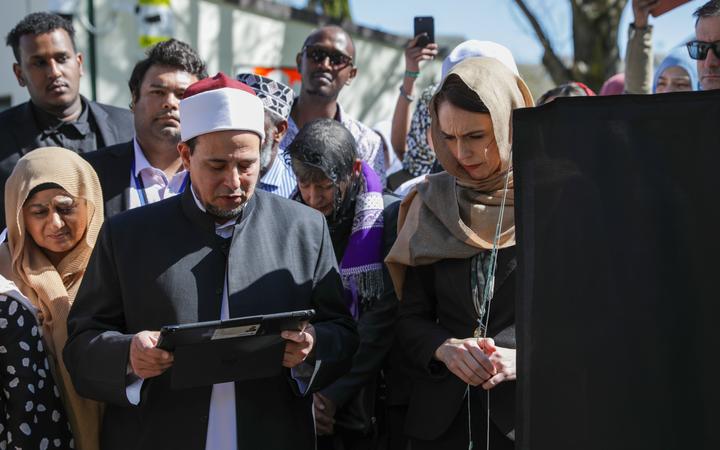 The Imam of the Al Noor Mosque, Gamal Fouda, says the plaque marks the legacy of that day and the country's response.

While the terrorist has been sentenced, achieving full justice is up to all New Zealanders, Fouda says.

"We must... focus on what we can do to make our country safe. We know who we are as people and the legacy and inspiration that we have shown the world through our response of peace and compassion must live with us to be able to see the light at the end of the tunnel." 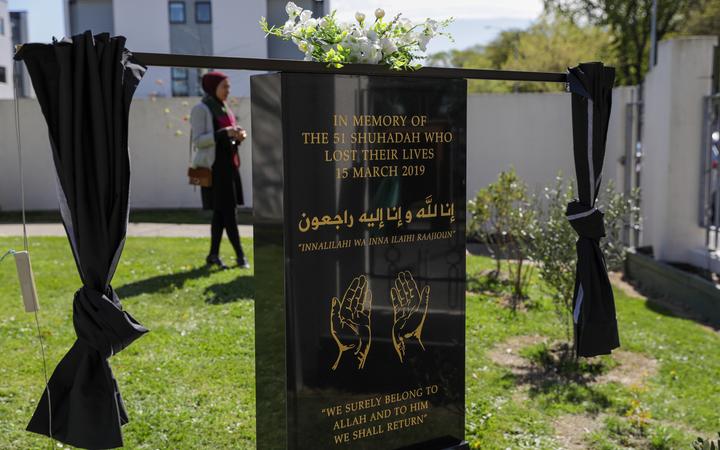 The gold inscription on the plaque in Arabic is a phrase from the Quran and translates to "we surely belong to Allah and to Him we shall return. Photo: RNZ / Nathan Mckinnon

He says there needs to be a memorial for the terror attacks in Christchurch and that politicians need to legislate against hate speech.

Legislation would "protect all followers of any faith from intolerance and hatred, and prohibit incitement against any faith and race", while a memorial would "convey to future generations the spirit of cohesion and harmony that prevailed in New Zealand after 15 March". 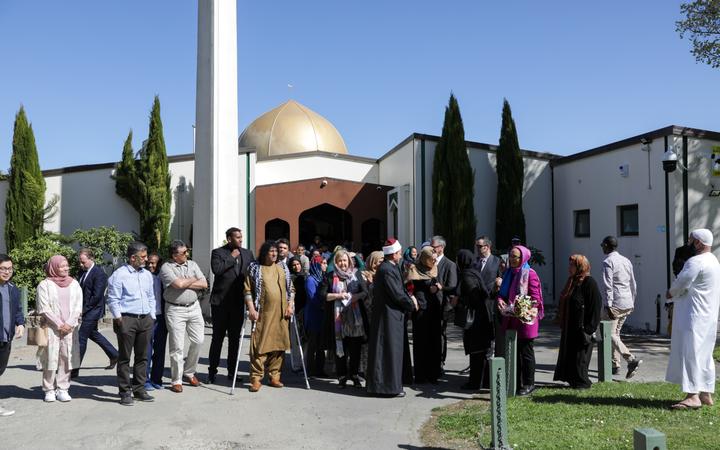 Fouda also wants an annual conference to "document the tragedy and its painful repercussions and to explain the danger of hate speech.

"New Zealand mosques will have to have the Islamic awareness day taking place on 15 March in memory of this tragedy. We need to tell our story to our future generations." 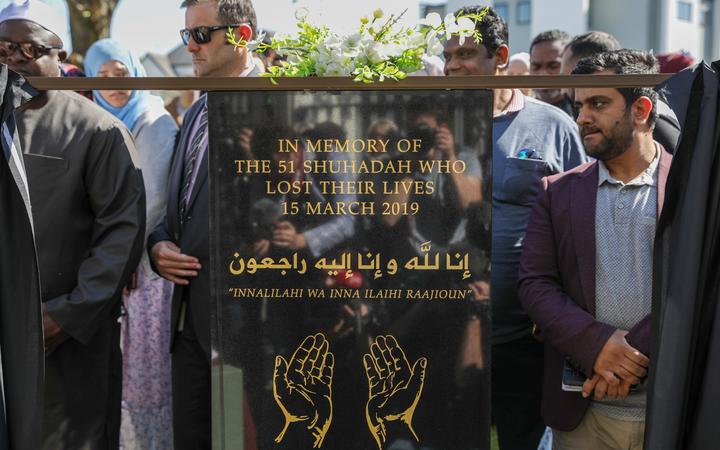 Members of the public and Muslims gather for the memorial plaque unveiling on 24 September, 2020. Photo: RNZ / Nate McKinnon