Although the official commemoration of the Christchurch terror attacks has been cancelled, Muslims will be remembering loved ones in their own way. 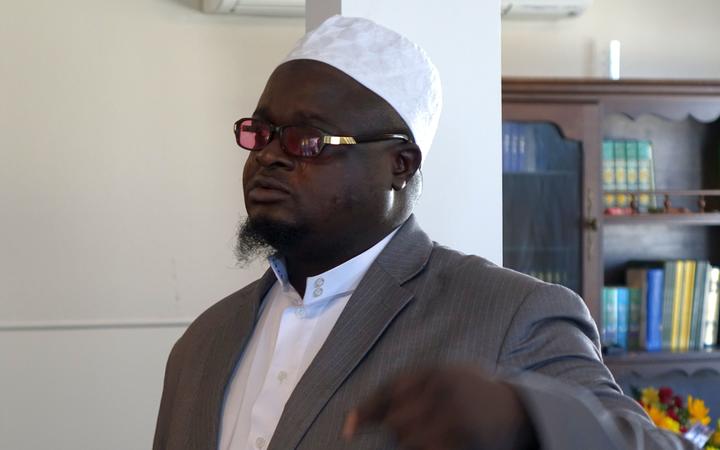 Christchurch Mayor Lianne Dalziel announced yesterday the memorial would not go ahead due to coronavirus concerns.

But the memorial for Christchurch mosque shooting victims had created a wave of mixed emotions for some Muslims in the city.

One of the people who gave feedback on plans for a memorial is Imam Abdul Alabi Lateef from Linwood Mosque, where seven people died in the attacks on 15 March last year.

Prior to the official cancellation of the event, RNZ spoke to the Imam about his views on the memorial.

For Muslims, they have their own way of remembering loved ones - guided by the Quran and the hadith of Prophet Muhammad (record of the traditions or sayings of the Prophet) as well as what the scholars agree upon.

"It's not that we disregard what you are saying, but as far as our religion is concerned this is how we do it. We respect their values as well. But this is what our religion taught us," Imam Lateef says.

In fact, one hadith of the Prophet says that believers should mourn the deceased for three days only. Although, it is known that Muslim women whose husbands die go through a longer period of mourning called iddah.

"As far as our brothers and sisters are concerned that passed away … generally we grieve for them every single day since they left, and we pray for them, so it's like our memorial actually, as far as Islam is concerned, is on a daily basis," Imam Lateef says.

Praying includes dua'a (invocation) that can be done at any time, one of which says: "O Allah, forgive our living and our dead, those present and those absent, our young and our old, our males and our females."

"Of course it's not something we keep on grieving about, but the same thing as a memorial, it's something… we keep in our memory for a long time, til probably we leave this world," Imam Lateef says.

Earlier, the Otago Daily Times reported that some Muslims did not want the planned memorial to go ahead because it was not in accordance with the principles of Islam.

While some were not in agreement with it, it's important to note that the Islamic community across New Zealand is diverse in its background, cultures, and religious perspectives and teachings. So opinions on the event were divided.

Even between the Muslims who attend the Linwood Ave mosque, the views on it were split, Imam Lateef says.

"Our understanding is different [among Muslims] about the Islamic perspective … so we are in a huge community that you just have to carry everybody along."

However, he says he respects the values of Kiwis but most importantly conceding to allow the memorial to go ahead was about bringing along the Ummah (community) together, regardless of differences.

"In Islam there is a hadith, a saying of the Prophet, that says 'innama al-a'mal bi-l-niyyat wa innama li-kulli imri` ma nawa'. [Verily actions are by intentions, and for every person is what he intended.]

"That's the thing we have to focus us - the niyyah [intention]."

In that sense, there was no reason to vehemently oppose it, he says.

"It's a way for the government and the New Zealanders to show their concern and solidarity with their Muslim community here, and we are well with them on this platform, as far as the memorial is concerned, but in Islam we don't have such memorials."

Imam Lateef uses his faith as guidance on how to approach his response to the wider community on the matter: 'Iddah fil sabeel rabakkah bil hikmah w al hasnha' (Invite (all) to the Way of thy Lord with wisdom and beautiful preaching).