A Christchurch seven-year-old has raised $800 to help victims of the mosque attacks.

It has been almost a year since the attacks which claimed the lives of 51 people, and many are still trying to recover from injuries, deal with trauma, or live their lives without loved ones.

Conrad, age seven, decided he could do something.

Speaking to Checkpoint, Conrad said he had been fund-raising before the attacks for kids his age who did not have enough to eat.

"I got the idea from Charlie and the Chocolate Factory because dad said that some people don't have much food ... so I had the idea of getting some food for people," he said.

Charlie and the Chocolate Factory's main character, Charlie Bucket, grew up in poverty with his parents and grandparents.

Conrad was one of thousands of Christchurch kids who were in lock-down on 15 March after the mosque attacks. That evening his parents had to try and explain what had happened. 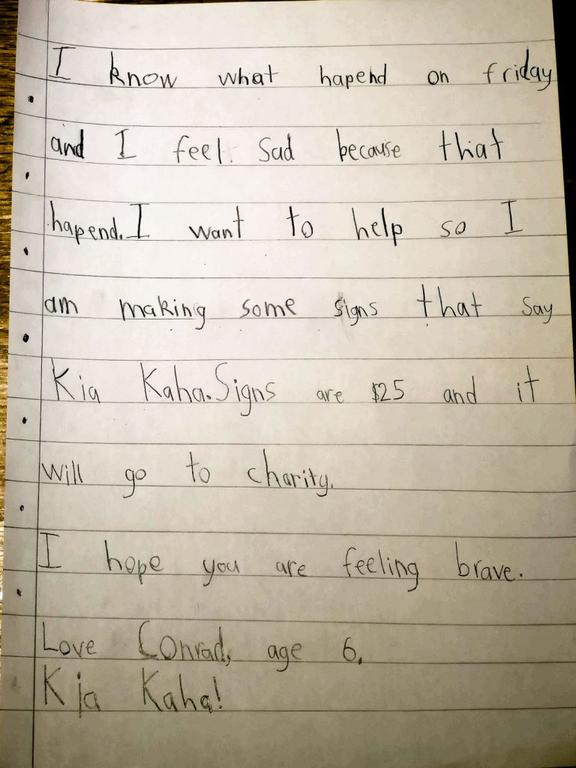 The letter Conrad wrote explaining why he did it. Photo: S2 Photography

"It was when we were talking to him about being locked down at school and how some people were scared and frightened ... he said he would like to raise money for the mosque victims and just to promote well being and love and being strong again," mum Sarah told Checkpoint.

The family put their heads together to figure out what they could make and sell, and settled on metal signs.

"We made some signs that said 'Kia Kaha' to make people feel brave and strong again," Conrad said.

The family had the signs cut from sheets of metal and Conrad started selling them online and at local markets.

They gave the money raised to Christchurch charity NZ Gifts of Love and Strength, which was working with some of the victims of the attacks and their families.

Organiser Vicki-Anne Parker was shocked when she saw just how much Conrad had raised.

"The family gave me call and said 'we are coming in, we've got a little bit of cash'... so they came in after Christmas and I burst into tears because this wee boy had raised $800," Vicki told Checkpoint.

"That is a massive amount of money."

That money was used to help those affected by the mosque attacks, many of whom are still struggling one year on.

"One boy lost his grandfather in the mosque, and sadly he's been bullied at school since the attacks as well, so we were able to give him swimming lessons to try and brighten his day," she said.

Others helped included a Kiwi Muslim woman who has four children and had been in hospital, as well as a Muslim refugee family with seven children.

This is not the end of Conrad's fund-raising efforts. He said he had ambitious goals for the future, to "probably make some toys and sell them".

Conrad has sold out of his signs but his past fund-raising efforts can be viewed here. 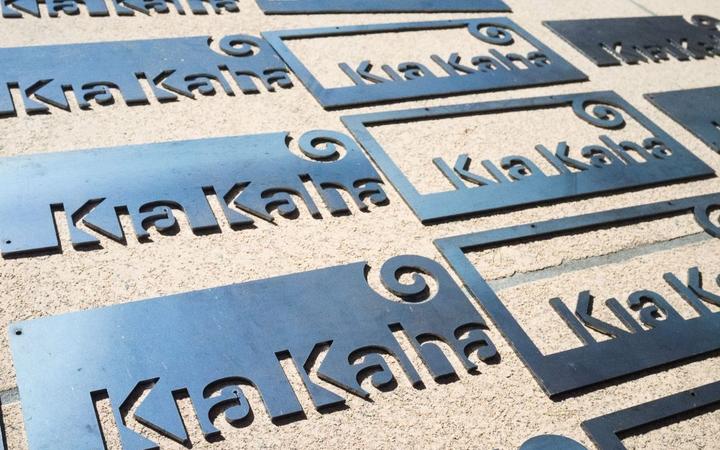 The Kia Kaha signs Conrad sold to raise $800 for charity after the attacks. Photo: S2 Photography