Police have released CCTV footage to help them track down those involved in a kidnapping in Wellington last month. 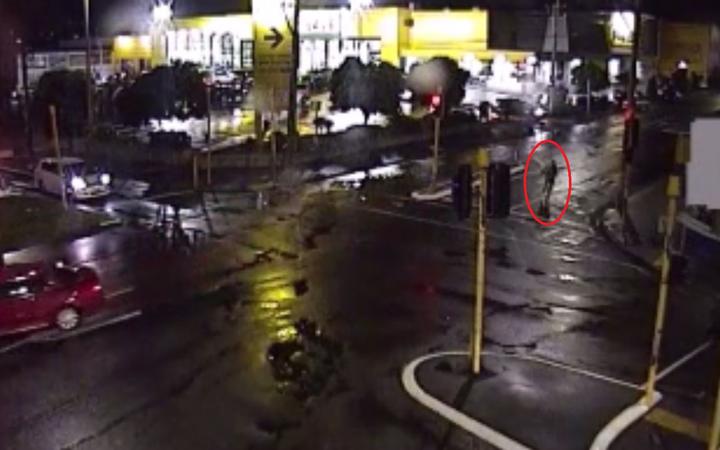 The man who was allegedly kidnapped can be seen on the right running through an intersection towards a supermarket. Photo: CCTV screenshot / NZ police

The incident unfolded between 8pm and 8.45pm on 25 August.

Detective Sergeant Stephen Wescott said in a statement that at the time the male victim and his partner were parked in a black BMW hatchback on Shelley Bay Road.

They were approached by two men who they did not know.

The pair forced the male victim to get into their dark-coloured sedan.

The victim's partner then left the area in the BMW and headed towards Kilbirnie where she was followed by the sedan.

Video footage shows the BMW turn into a carpark area on Rongotai Road between the KFC and Mobil and then stop.

The sedan can be seen parking behind the BMW. One of the two men gets out and approaches the BMW.

The victim then takes the opportunity to escape and can be seen running towards Pak'nSave on Onepu Road.

"While the victim and his partner were not physically harmed the incident was extremely traumatic for them," Wescott said.

Police want to hear from anyone who remembers seeing the two cars in the vicinity of Shelly Bay Road, Miramar Avenue, Cobham Drive, Troy Street, Rongotai Road, Evans Bay Parade and Onepu Road between 8pm and 8.45pm or has dash camera or CCTV footage that may have captured them.

Anyone with information is asked to call police via 105 or Crimestoppers anonymously via 0800 555 111.