So far the Otago spring has been a season of fire and ice - strong winds and frosts have dried out grasses, creating high-risk fire conditions. 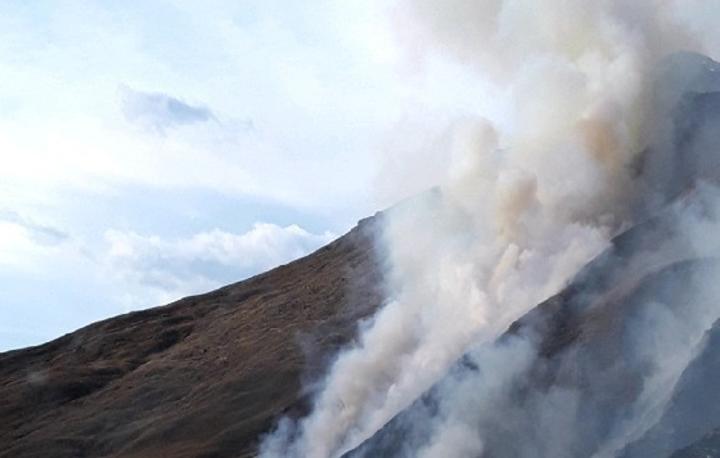 Several large fires have broken out across the region and in the neighbouring Mackenzie district, some of which only came under control when they burnt themselves into the snowline or were smothered by wintry blasts.

Otago district principal rural fire officer Graeme Still said conditions were unusual for the time of year as grasses were already becoming dormant and drying out - a process known as curing.

"For this time of the year the amount of curing in those grasses is not the norm," he said.

"We get these events say every one-in-five years. So just this year the grass curing, so that's the fine fuel, is pretty well dried out in some areas of the Otago district and that's what's catching us out along with strong winds."

Some of the fires were burn-offs that got out of control, and some in the rural sector needed to take more care in their preparation before lighting fires and afterwards in making sure they had gone out, Still said.

"Ninety-nine point nine percent of them understand all this, they know their land. It's just the odd one that hasn't really played the game that well and fires have snuck away on them. And that's due simply to not getting long-range forecasts and they're not checking fires."

"At this point a lot of Otago, particularly eastern Otago from north and west of Dunedin northbound, soils are unusually dry for this time of year," he said.

"For the spring season we're tipping for the entire South Island, and this includes obviously the Otago region, normal or below-normal rainfall. So certainly if things are on the dry side now and La Niña unfolds as expected it certainly doesn't lend itself to above normal rainfall."

"It doesn't take long for things to get out of hand if the conditions are right."

Still said whatever the remainder of spring and summer brought, the risk could be mitigated if everyone worked together.

"It's all manageable as long as we do due diligence," he said.

"With this La Niña it could shape up that parts of Otago won't see a lot of rain, so therefore that has to be managed accordingly."

Fire and Emergency would continue getting out the information needed to mitigate risk and land users and those enjoying the outdoors just needed to make sure they looked for it and understood it, he said.