Scientists have attached satellite tracking tags to six southern right whales or tohorā and are inviting people to follow the whales' travels online. 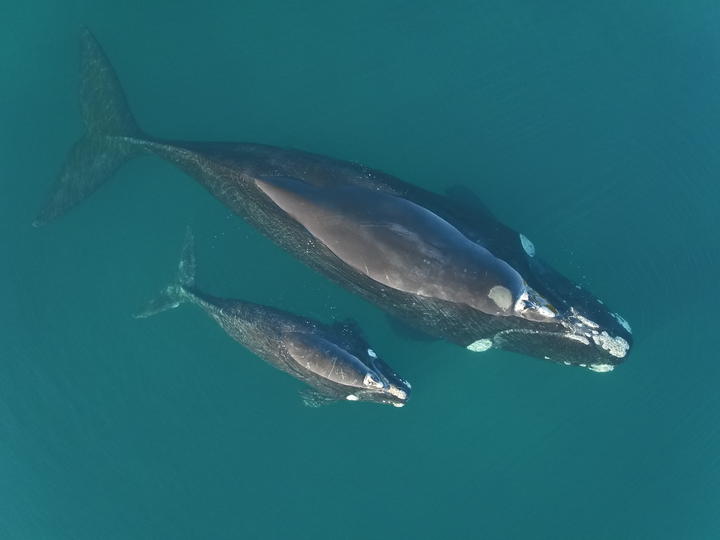 It is part of a major research project involving the University of Auckland and Cawthron Institute. The latest expedition involved eight scientists sailing to Port Ross on Auckland Island.

The researchers worked in the sub-Antarctic where tohorā gather each winter in the sheltered harbour of Port Ross which serves as a nursery and socialising destination.

As well as attaching tracking tags, the scientists were able to do other research such as measuring the size of individual whales using drone technology.

The expedition to Port Ross, which lies more than 400km south of Stewart Island in the Southern Ocean, aims to find out more about the migration routes and offshore feeding grounds of this population of whales.

Early results from the satellite tracking shows the whales already leaving Port Ross for the summer but so far they have defied predictions in terms of their destination.

"We had expected they would travel north to the warmer waters nearer New Zealand and Australia where we assume their traditional feeding grounds are," lead researcher Dr Emma Carroll said in a statement.

But she said so far the whales have swum further south towards Antarctica and spent longer in the general region than expected.

Cawthron Institute marine ecologist Dr Simon Childerhouse, who was also involved in the expedition, said this particular population of tohorā have recovered well from whaling from the early 1800s when numbers plummeted to as low as 40 from an estimated 30,000. By 2009, the population had recovered to around 2000 whales.

Climate change and its possible affect on the food chain is now one of the biggest threats to the whales.

"Other tohorā populations in the Southern Hemisphere are not faring that well and there is ongoing concern about how climate change may be affecting the amount of food available to them," Dr Childerhouse said in a statement.