New research shows New Zealand right whales are fatter and healthier than their northern counterparts, who are on the brink of extinction. 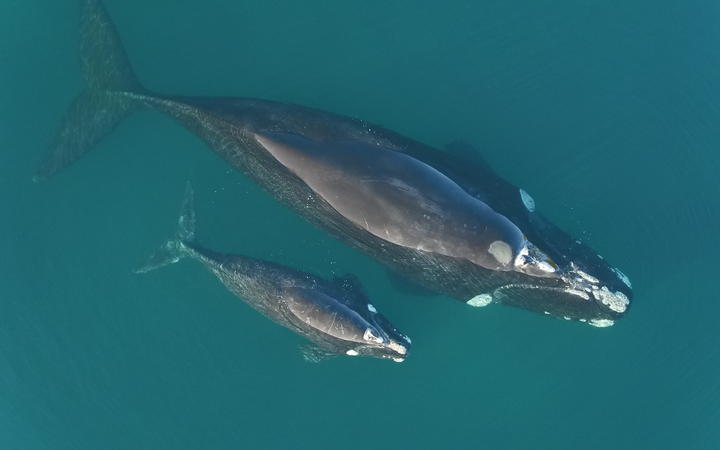 A team of international researchers, including scientists from the University of Otago, used drones to compare the body condition of more than 500 whales, including 74 from New Zealand.

Their research shows, while North Atlantic right whale are no longer hunted commercially, vessel strikes and entanglement in fishing gear has them teetering on the brink of extinction, with just over 400 remaining.

Dr Will Rayment, co-leader of the New Zealand research team, said how "fat" the whales are is crucial to their ability to support a pregnancy, and a fast-growing calf.

"Feeding mostly on dense shoals of tiny copepods, right whales build up their fat reserves in the summer, and migrate inshore in winter to breed. In the last stages of pregnancy, and for the first months of suckling, females don't feed at all."

Dr Rayment said on average, New Zealand whales nursing their calves had a 25 percent higher body condition index than the mums in the North Atlantic.

"This probably reflects lower impacts from fishing and shipping in the Southern Ocean compared to the North Atlantic."