Twenty-five fresh firefighters are at the scene of a large scrub fire in the Mackenzie District and more will join the force later today and tomorrow. 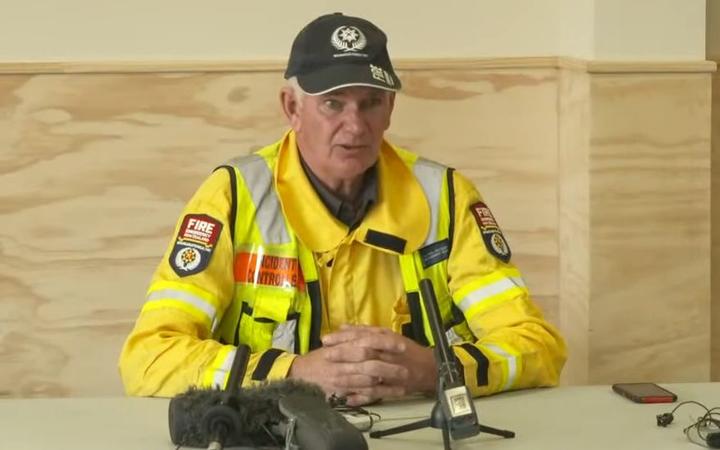 Rob Hands has been in charge of the fire scene in the Mackenzie Basin. Photo: RNZ

There are also six appliances at the scene.

Strong winds, snow and rain that hit the region overnight on Monday helped the crews to identify and extinguish hot spots.

"Currently we're working on securing the perimeter up to 100 metres from the fire edge."

One property was destroyed in the blaze and residents were evacuated from several other properties at the height of the fire.

On Tuesday Mackenzie District mayor Graham Smith told a media briefing that the fire was the latest setback for the region coming on top of the impact of Covid-19 which has hit hard in an area that generates much of its revenue from foreign tourists.

The nearby town of Twizel had been threatened by fire three years ago, Smith said, and this had frightened people.

"We do have a lot anxiety out there amongst the people in this community."

Hands said today that Fire and Emergency is working with the impacted residents to ensure that they feel safe in their homes.

He hopes firefighters will be able to leave the scene during the next few days.

The fire burnt through around 3500 hectares of mainly wilding pines leading for calls to make removing them a priority.

Civil Defence Minister Peeni Henare who toured the region earlier this week said he would be conveying to the prime minister and Cabinet the need for urgency on the wilding pines issue.