Workers who will come face to face with Aucklanders in the school holidays are being targeted in the Ministry of Health's latest Covid testing plan. 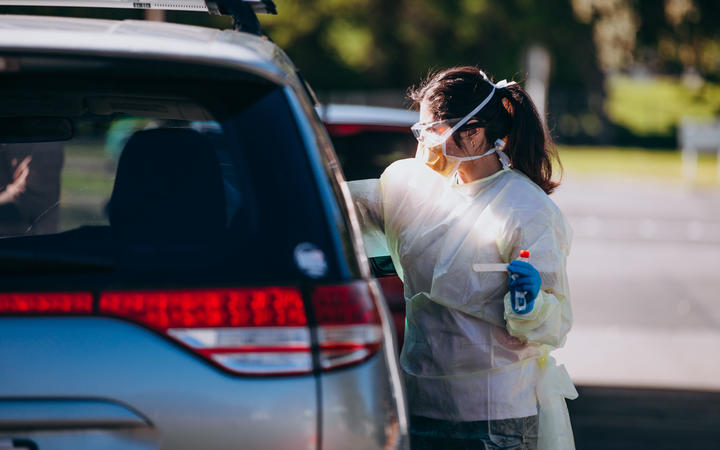 It wants hospitality, tourism and transport workers in parts of the country where Aucklanders are likely to visit in large numbers to have good access to testing.

The testing covers the next two weeks, as the school holidays begin, Auckland drops to alert level 2 and the rest of the country goes to level 1.

The priority remains to test anyone with symptoms, anywhere in the country.

But health boards in areas that had regular Auckland visitors - like Waikato, Northland and the upper North Island - were told to ensure workers who had contact with the travellers had increased access to testing.

And they should consider some asymptomatic testing, it said.

Auckland epidemiologist Rod Jackson said the benefit of the focus on those workers was that they might then keep a good eye on their symptoms and have a lower threshold to take themselves for testing.

But all New Zealanders should have a low threshold and get tested - even if they thought they only had a cold, he said.

"Most colds are not going to be Covid but in a country with very few cases we've got to find every last one of them," Jackson said.

And the government should be clearer about encouraging people with symptoms to get a test, he said.

Ngāpuhi's Covid-19 response lead, Tia Ashby, said there were a few nerves in the tourism hotspot of Northland as the holidays approached.

"It's positive news for Northland because with the increase in activity there is going to a boost to the economy. But, on the other hand we do need to be vigilant that we can contain the potential for Covid to leave Auckland and come into the North," she said.

The Ngāpuhi team, whose rohe included Kaikohe, the Bay of Islands and Paihia, was keeping testing centres open seven days a week to ensure visitors could be tested.

And it had already had a plan in place for the asymptomatic testing of tourism and hospitality workers, she said.

Ashby urged anyone from out of town to stay home if they had any Covid symptoms, and any visitors to practice good social distancing and hygiene.

In its new strategy, the Ministry of Health said it wanted 50,000 tests a week, including the mandatory testing of border staff.

All New Zealanders should keep up hand washing, physical distancing and should stay home if they're unwell, it said.