The mayor of Napier holding out for a $500,000 government grant to keep the loss-making National Aquarium of New Zealand running is a sign that talks for a $77 million rebuild of the tourist attraction are not dead in the water. 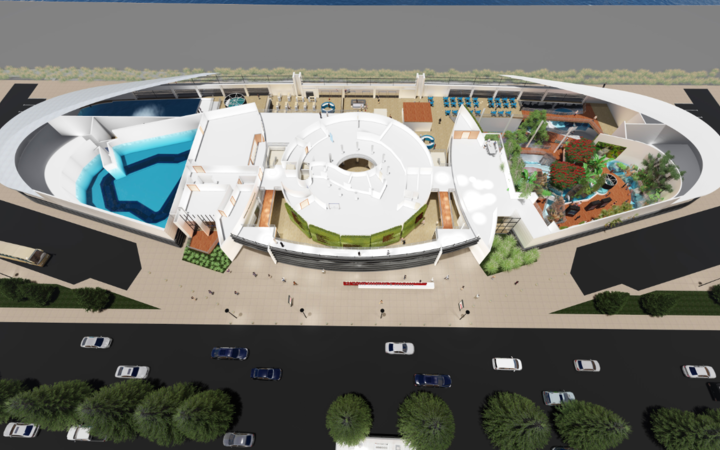 An artist's impression of the aquarium. Photo: National Aquarium

A funding bid to help pay for the expansion project's business case was turned down by the Provincial Growth Fund earlier this year, opening up the possibility the aquarium - which was fully funded by Napier City Council but lost between $500,000 to $1m each year - could close for good.

An application to the Ministry for Business Innovation and Employment's (MBIE) Strategic Tourism Asset Protection Programme, designed to help struggling tourist destinations through Covid-19, had since been successful.

"The real positive of central government giving us this grant is that it does mean they've acknowledged that it is a strategic tourism asset," Napier Mayor Kirsten Wise said.

"That gives us some motivation to carry on the conversation about where to next and how central government will partner with us on that."

She was hopeful talks to progress the business case for the expansion, called Project Shapeshifter, might pick up again after the election.

"It's not just capital funding we are after for the expansion itself, we are actually wanting there to be ongoing operational support in line with what they do for Te Papa, recognising this is The National Aquarium of New Zealand and the operational costs shouldn't just fall on the council," Wise said.