Famously labelled zombie towns, regional centres are bearing up well through the Covid-19 crisis off the back of the rural economy and extremely low case numbers. 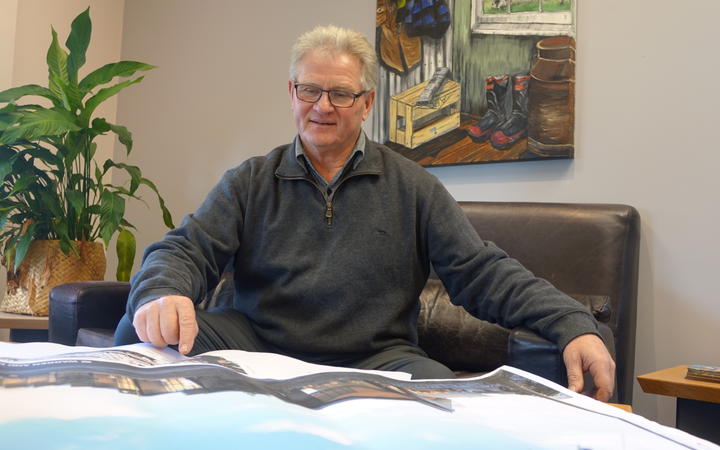 They are also having new life breathed into them via the hundreds of millions of dollars being doled out by the government through both the Provincial Growth Fund and shovel-ready investments.

Our Taranaki / Whanganui reporter Robin Martin has been to visit some local examples.

Taking a stroll down Hawera's High Street is not a quick activity for first-term mayor Phil Nixon.

He's halted every few metres by locals eager to stop and talk. And there's plenty to talk about. 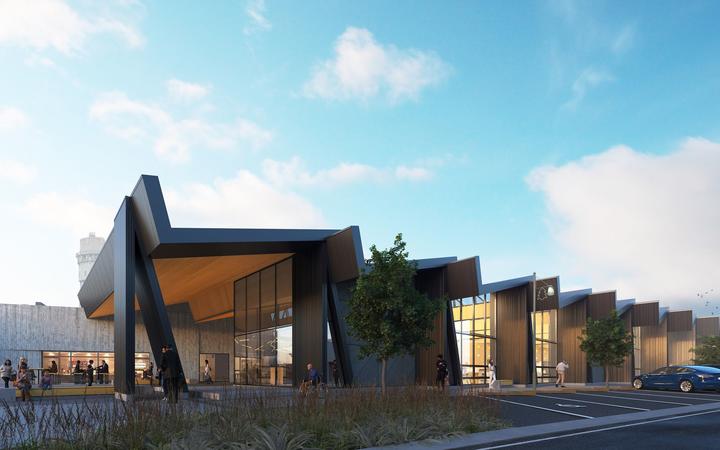 Named after the region's legendary wāhine toa who lit beacon or signal fires to bring ngā iwi Taranaki together to share ideas.

Nixon said the development, which encompasses almost an entire block, would transform the downtown area.

"And then the library, the Lysaght Watt Gallery, a kids' section at the other end and a bit of parking."

But the good citizens of Hawera are divided on the centre's merits.

"I'm excited for it. I've been waiting a long time. It will be nice to have a bit more action down this street. It's a bit lonely down here." 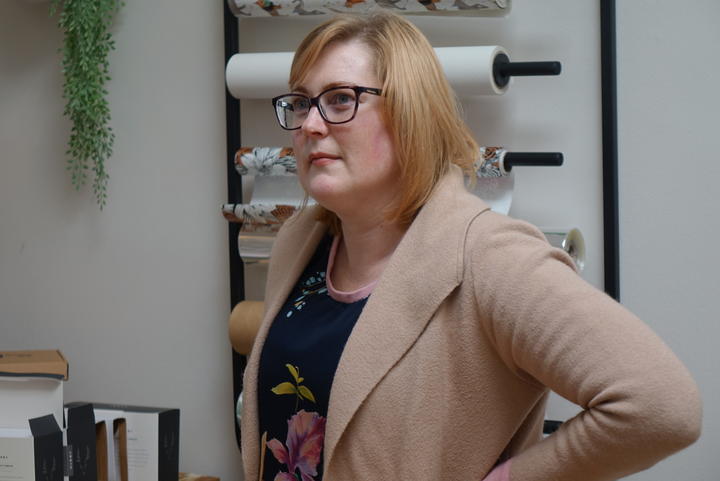 Jenny Meechin was a fan. "I think it's an absolutely wonderful idea and it's just going to lift the centre of town no end."

But Julia and Gib Baxter were not thrilled. Julia reckoned it would do little to attract business to town.

"At the moment I don't think money should be going into that, not really. The town's shutting down slowly. It used to be a good town, a thriving town. You were proud to live in it." 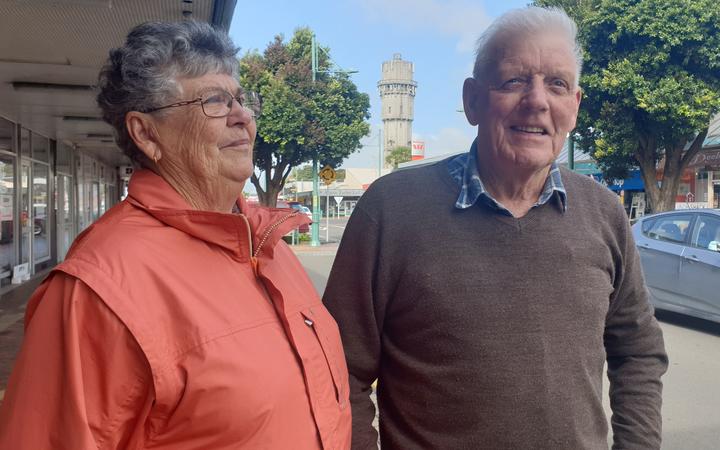 Julia and Gib Baxter reckon it's the wrong time to be building a new civic centre in Hawera. Photo: RNZ / Robin Martin

While Nixon certainly hoped the civic centre would revitalise the high street, with two giant Fonterra plants nearby, he scoffed at the idea of Hawera being a zombie town.

"Covid-19 has made us all rethink a bit. How we do things and what we do. And as far as these small towns are concerned we can't find houses to buy or rent which to me is really good.

"And we are seeing a lot of people coming here from the cities and especially from Auckland."

You won't find any argument over that from Stratford Mayor Neil Volzke despite its civic centre rejuvenation suffering a setback after a private developer got cold feet.

Stratford has had its own shovel ready windfall with an $8m boost to its $23m aquatic centre project and it was already seeing the benefits of the PGF investment on State Highway 43.

But Volzke was most excited about a council-owned subdivision which had defied private property developer predictions.

"We've only just finished the development of them and in less than 12 months today's figures were 20 sold, nine under contract and four under negotiation, so you know they're all but sold."

Volzke said that was proof enough Stratford was alive and kicking.

"Yeah, well not all the knowledgeable economists from Auckland get it right when they call small towns like ourselves zombie towns.

"We've proved him wrong. We're on a growth path and things are improving steadily and we're doing okay." 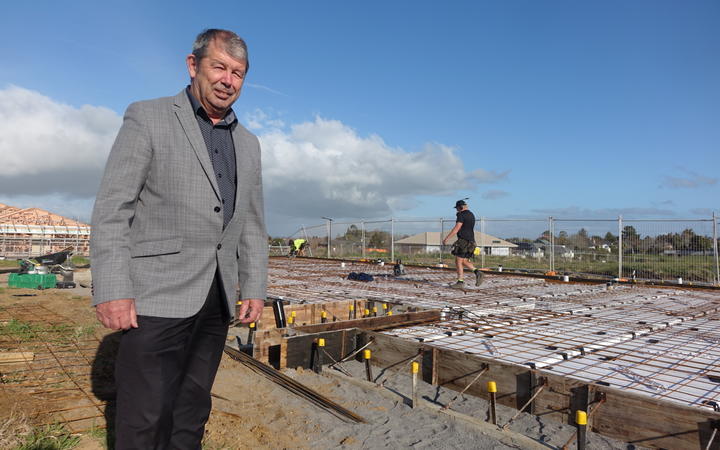 And at the All Seams Upholstery Boutique, Marie Elliot said business was good and Stratford was on an upward curve.

"It was a bit of a zombie town back about 10, 20 years ago, but it's definitely growing, Stratford. It was just waiting to be rediscovered I guess, and it is."

"I grew up here and I didn't think it was a zombie town. It's what you make of it, isn't it? You know, Opunake they didn't like there either, but to me it's a good little retirement village if you like fishing and boating, so you know Stratford's good."

Economist can see the positives

Even economist Shamubeel Eaqub, who coined the term zombie towns in 2014, conceded Covid-19 was proving how resilient regional towns were.

"Bizarrely, I think it's going to be very positive for provincial centres, so a lot of the impact on businesses, jobs, income is really around those urban centres, and those very tourist dependent places.

"For most provincial centres life is going on almost as normal, so in many ways I think our regional economies are better placed through this current pandemic than other recessions."

Eaqub said he expected regional economies to hold up off the back of food exports and for there to be a renewed interest in living in the provinces.