Māori academics alleging structural racism at the University of Waikato have received support from around the country since speaking out, but two professors admit it is still frightening to be Māori at the institution while an inquiry is under way. 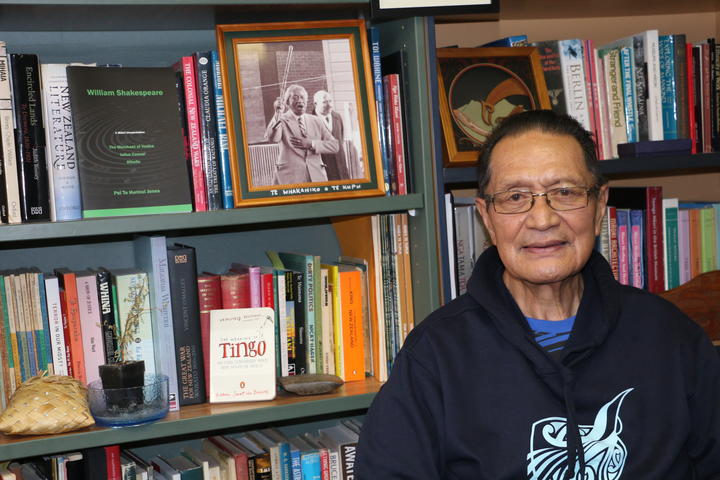 Professor Pou Temara says there remains a sense of fear and intimidation at the University of Waikato. Photo: RNZ/Justine Murray

Professor Pou Temara, Professor Linda Tuhiwai Smith, and four others who have chosen to remain anonymous, have written a 13-page letter to the Ministry of Education alerting it of their concerns.

The allegations include Māori expertise being ignored and undervalued, tokenism, lower pay for Māori staff and no meaningful commitment to the Treaty of Waitangi.

An independent review is under way to investigate the claims, led by Sir Wira Gardiner and former National MP, Hekia Parata.

But Temara said there remained a sense of fear and intimidation at the university.

"The key outcome that we want is for the intimidation, that we all feel, from the management of the university, to stop immediately," he said.

More than 3000 people, including esteemed academics from other universities, have since signed an open letter calling for the university to eliminate racism, and protect those who raised the issue publicly.

Temara said the support was overwhelming and appreciated.

RNZ understands the university will not be renewing the contracts of Professor Brendan Hokowhitu, the Māori and Indigenous Studies Dean, or Professor Linda Tuhiwai Smith.

The university cannot discuss the employment matters, but professor Rangi Mātāmua, who has also spoken publicly about racism at the university, said people could read between the lines.

He is now questioning his own place at the university.

"The breaking point for me has, in my mind, been the belittling of senior Māori academics here at the institution when the likes of Professor Pou Temara is speaking out about racism here. When we have one of the world's leading academics in Linda Tuhiwai Smith, she is world renowned, yet her contract is not being renewed here at this institution.

"I think that this is an absolute crime. I think we should be collectively embarrassed that this institution won't employ one of the world's leading indigenous academics."

He said the Faculty of Māori and Indigenous Studies at the university had been marginalised since it refused to be divisionalised in 2018.

"When the faculty actually won and was left alone I think we have been specifically targeted and we have been made to feel marginalised and invisible within our own institution. Many of us have suffered greatly.

"I have been made to feel very culturally unsafe and fearful of retribution for having any sort of academic freedom of voice and questions. That's our right as academics," he said.

In a statement, a spokesperson from the university said there was no set timeframe for the review to be completed.

"Once concluded, the findings of the review will be made public ... The appointment of Sir Harawira Gardiner and Hon Hekia Parata was a unanimous decision made by the University Council. Both Harawira and Hekia were chosen for their extensive experience and expertise in both the education sector as well as the roles they have held respective to the Waitangi Tribunal and in developing Treaty of Waitangi public policy."

The spokesperson said the university it could not comment on individual employment matters.