Māori and Pasifika remain severely under-represented in university science departments, making up less than 5 percent of staff, a study has found. 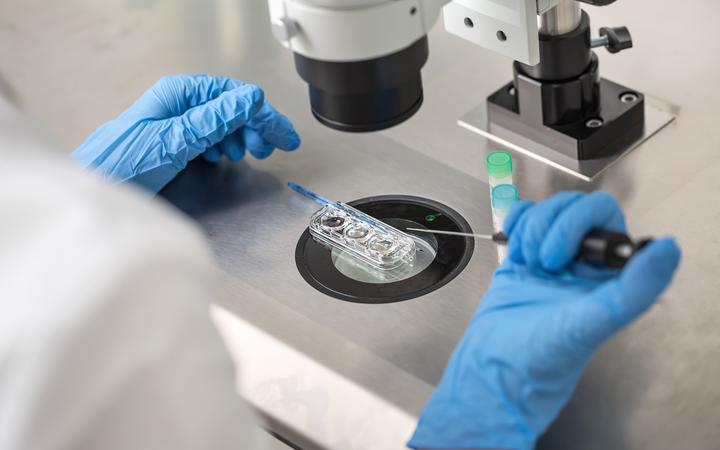 Te Pūnaha Matatini researchers obtained data from 14 of the 15 universities and Crown Research Institutes (CRIs) and found one had not hired a single Māori academic in its science faculty from 2008 to 2018.

None of the institutions were named in the study.

"The findings of our study may surprise a lot of Pākehā working in these spaces, but for the Māori and Pasifika scientists that there are we already know that there are very few of us.

"That's a prime example of window dressing where institutions say, 'hey, we're so diverse', but they make no actions to actually ensure that they are in fact diverse.

"Those are massive empty promises to me... In all the university job applications they say, 'we value Te Tiriti o Waitangi'. But that means nothing, because are they asking all those international people who they are hiring, what is your understanding of the Treaty of Waitangi? Or how are you going to improve things for Māori communities and how are you going to work with indigenous communities? Those words really aren't leading to any real change."

There were no significant differences between the percentage of Māori scientists in 2018 compared to 2008, meaning no improvement Māori representation in science faculties over that period.

The study found even fewer Pasifika scientists at universities.

Of the 11 institutions that provided data only three reported having Pasifika representation exceeding 1 percent.

McAllister said Māori scientists were often within other faculties.

"I know a few Māori scientists who exist in other faculties like Māori studies within the universities, and I think we all need to be a lot more reflective about why that is.

The research concluded that urgent responses from institutions in the form of hiring, retaining and promoting Māori and Pasifika scientists were required to change the current trajectory of continued under-representation.

It suggested that if no meaningful action was taken, the same low numbers of Māori and Pasifika representation would be seen for generations to come.

Dr Leilani Walker was also unsurprised at the report's findings, which had been her "lived experience for the last decade".

"The years that the study covers, which is 2008 - 2018, that is actually my entirety of time at university and so this was sort of my lived experience of being the only Māori person in an entire room and an entire research group," Dr Walker said.

"I guess it's [the report] sort of indicating that all those anxieties that I felt sometimes, being the only Māori person in the room, it made it feel real in a way - before it felt like, 'Am I building this up in my head?'."

She said the worst university department in the report hadn't hired a Māori or Pasifika person in their science department for 11 years - whereas the best department had a science faculty that was 7 percent Māori.

She said without adequate data, there was no way to answer the question of why Māori studying science - which is equivalent to the population of Māori - were not being hired to faculty or into science careers.

"As much as universities and CRI's [Crown research institutes] are saying, 'we really care about diversity', they're not even collecting the data that could back up that claim or could be used to identify the problem which could be solving that.

"You do come to a point where you wonder at what point does not caring become active negligence and we're starting to feel like we're there now."

She said she often hid her Māori identity because "the easiest thing to do was to hide" and her pale skin allowed her to do that.

"What it kind of meant was being privy to racism against other students - being told that people wished the Māori and Pasifika students who were studying for pre-med, they hoped that their bus would go over a cliff or something like that," Dr Walker said.

She said she was also often forced to explain health, criminal justice and educational inequities to her classmates.

"When I think about all the lone Māori or Pasifika scientists in rooms - that's an incredibly isolating place to be, and you're not actually getting the best out of your researchers putting them in that position."

She said finding other Māori science students through a peer-to-peer mentoring programme helped get her through her time at university.