The Attorney-General believes proposed drug-driving laws will trample all over the Bill of Rights. 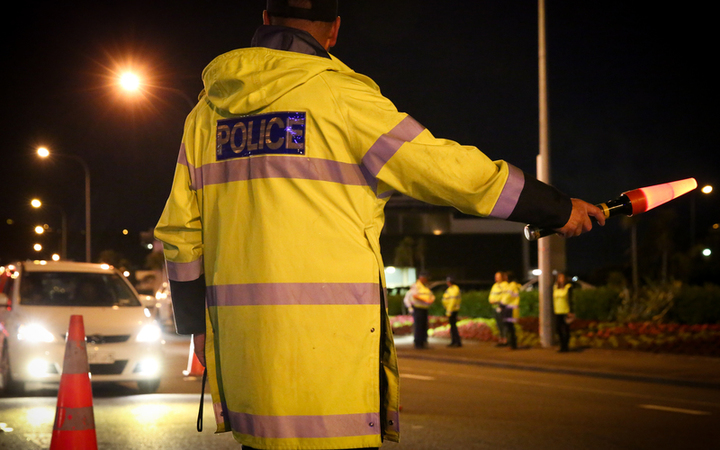 The legislation has passed its first reading and is before select committee and will let the police do random roadside drug testing "without any good cause" - similar to drink-driving checkpoints.

It will cover commonly-used drugs such as cannabis, methamphetamine, MDMA, opiates and downers.

Lawyer Marie Taylor-Cyphers said she was disturbed by elements of the legislation and the National Party has labelled it "botched" and "half baked".

"Most of New Zealand would expect to be able to go out on the road and not be invasively searched inside their body.

"You can't have a test that takes 40 minutes and fails one in 20 times, that is just not sufficient for us to have evidence that might lead to criminal convictions."

A spokesperson for the Associate Transport Minister Julie Anne Genter says saliva testing devices can produce a result in two to five minutes. The 40 minute timeframe reflects a scenario where multiple tests do not produce a result and have to be retaken.

A report by Attorney-General David Parker says the legislation contravenes the Bill of Rights: not to be subject to unreasonable search and seizure; to be arbitrarily detained; and to be presumed innocent until proven guilty.

The report also raises serious concerns that parts of the legislation are too vague.

The draft version of the law also claims anyone who has used drugs "recently" is "impaired", but it does not define what is considered recent - potentially making any drug use at all punishable.

Taylor-Cyphers said such vagueness is not acceptable.

"Impairment is a real error in my view in using that as a legal standard."

Taylor-Cyphers wants the government to pump the brakes.

And she is not alone - documents released under the Official Information Act show Ministry of Transport officials wanted the government to hold off tabling the legislation until after the election.

That was because of concerns raised by the chair of the government-appointed expert panel, which is providing technical advice on setting the criminal limits - the amount of a drug allowed to be in a person's system before penalties are applied.

Drafting and recruitment delays and then Covid-19 meant the panel chair - the ESR forensic toxicologist Dr Helen Poulsen - told the government they had not had enough time to do their work.

The government ignored officials' request to wait until after the election- tabling the legislation at the end of July, but without the section on the criminal drug limits giving the expert panel time to provide their advice.

"What we can see from the Attorney-General's report ... and from the [concerns] from the expert panel ...[is] that this is a bit of a rushed, botched job driven by politics."

Smith said the tabling the bill without the detail on criminal limits showed the government was ill-prepared and disordered.

But Associate Transport Minister Julie Anne Genter said the criminal drug limits detail worked on by the expert panel would be added to the legislation now it was at the select committee stage - replacing the vague wording about impairment.

She said there would be plenty of time for the public and politicians to scrutinise the legislation.

"It will be very specific, and the guidance that is guiding this, we want to have it be similar to the alcohol regime in that it is not penalising people who used an impairing substance weeks ago, but it is picking up something that is likely to be impairing [now]."

"I'm really comfortable that we have taken every precaution to protect people and ensure that they won't be unfairly criminalised, and that [there are] fail-safes like being able to opt for a blood test."

Genter said last year more than 100 people died in crashes where the driver was later found to have drugs in their system.

"Ultimately both random drug driving testing and the existing breath testing regime will push up against some of the rights under the Bill of Rights because we are asking a large number of innocent drivers to go through a mandatory test.

"Our ultimate goal is to balance those rights with people's rights to be safe on the road and protected from people who choose to drive while impaired."

Public submissions on the bill are open.