The last of the victim impact statements are being heard on the third day of sentencing of the Christchurch mosque terrorist. 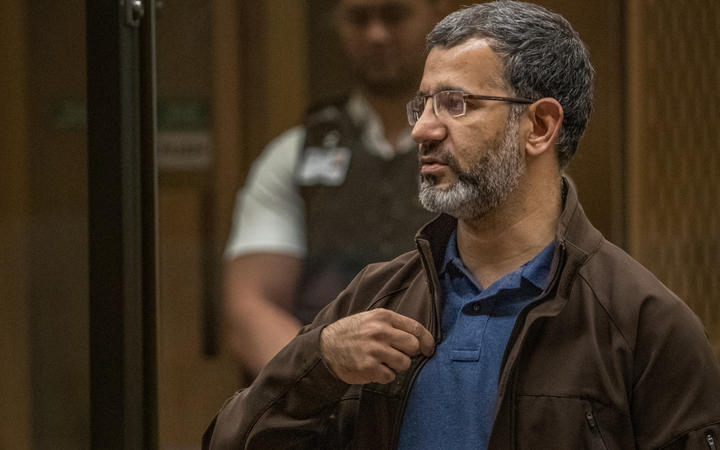 Brenton Harrison Tarrant is facing sentencing for the murder of 51 worshippers at two mosques on 15 March 2019.

The 29-year-old will also be sentenced on 40 counts of attempted murder and one charge under the Terrorism Suppression Act.

So far the court has heard from 56 victims of the attack.

About a dozen more are expected to speak today before the Crown makes its submissions on the sentence to be handed down to Tarrant.

The convicted terrorist will then have the opportunity to speak.

A standby lawyer is available to assist Tarrant if necessary.

Yesterday was heavy with emotion and anger.

Al Noor Mosque survivor Mirwais Waziri drew applause from the public gallery when he told Tarrant he had lifted a burden from him.

"In this whole time, 17 years, since I was living in New Zealand... people were calling me - because I was from Afghanistan - they were calling me, for fun or a joke or intentionally, a terrorist," he said.

"But you took that from me.

"Today you are called a terrorist and you proved to the world that I was not and us, as Muslims, were not."

The court also heard from Wasseim Sati Ali Daragmih, who was injured in the attack.

"Good afternoon everyone - except you," Daragmih said pointing at Tarrant.

The remark elicited a smile from the terrorist.

"You think your actions have destroyed our community and shaken our faith, but you have not succeeded.

"You have made us come together with more determination and strength.

The convicted terrorist nodded following the remarks about him being where he deserved to be and deserving the death penalty.

Nathan Smith, who converted to Islam about nine years ago, recalled the death of a small child at Al Noor Mosque.

"After you left Mosque Al Noor I was surrounded by the injured, the dying and the dead. I held a three-year-old boy in my arms praying he was alive - he was not. You took him away. He was three." 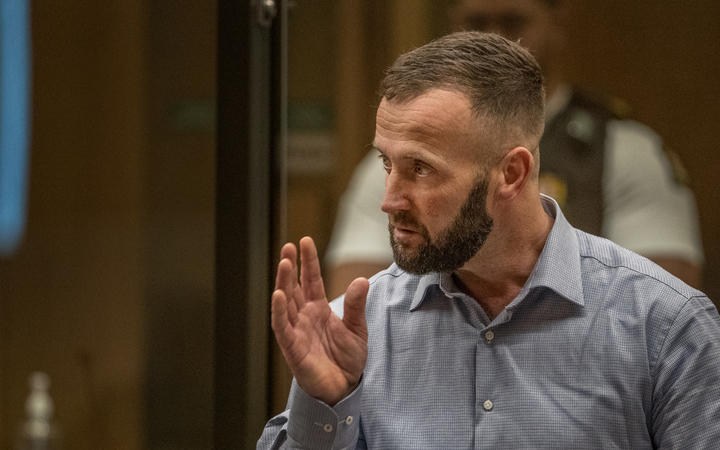 Nathan Smith: "I was surrounded by the injured, the dying and the dead." Photo: Stuff / Pool

A victim of the Christchurch mosque attacks said speaking directly to the gunman in the High Court took a weight off his chest.

Temel Atacocugu was shot nine times, and had his fifth surgery yesterday after giving his victim impact statement.

Speaking outside the High Court this morning, Atacocugu said he was nervous about what Tarrant could say, when the gunman has his only opportunity to speak later today.

But he said he felt empowered by his own opportunity to talk, having implored the gunman to "think for the rest of his life [about] what he did".

"I passed the messages to him, and he was listening ... it was a very emotional time for me," he said.

"When I said my last words, kia kaha, then I believe a big weight has come off my shoulders, and feel stronger than before," he said. 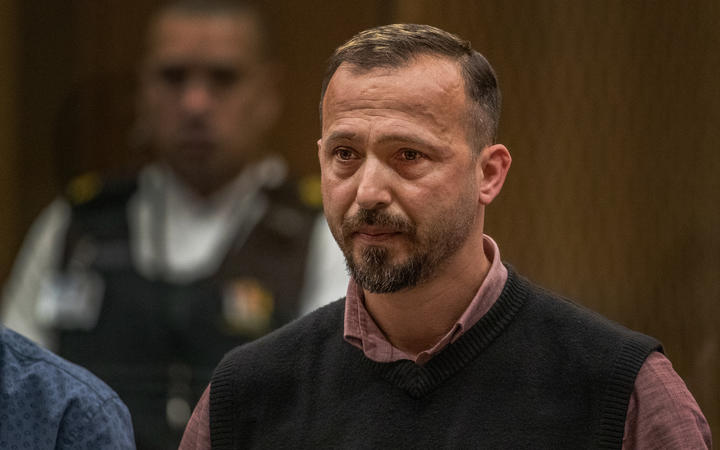 Former Christchurch city councillor Raf Manji, who is supporting mosque attack victims in court, said it had been a "cathartic" experience for people to let out 18 months of hurt and anger. 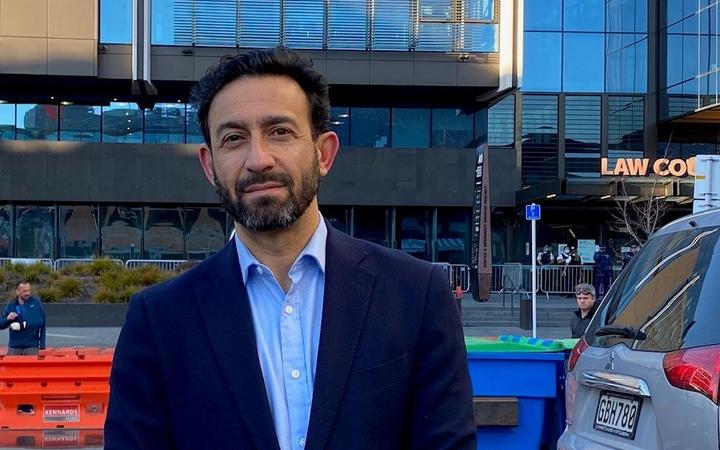 He said people's initial apprehension about what Tarrant might say was diminishing.

"I mean this guy looks a shell of a person," he said.

"He's listening to the submissions and occasionally sort of acknowledging bits of them. So he's paying attention but I don't get the sense this is a guy who is going to use this as a platform. He's in a way disappearing from people's view. I mean one of the statements yesterday said you're already kind of dead to me."

Rashid Omar, whose son Tariq was murdered at Al Noor Mosque, recounted the pain he felt at learning of his son's death.

"I remember being there with my kids and hugging them and I started crying with them. As a dad I'm meant to be strong for my family and as a dad be invincible in their eyes," he said.

"I could not hold my emotion together to be strong for my family because I was hurting so much inside to hear that I had lost my baby Tariq this day.

"As a parent no matter how old your children are they will still be your baby forever."

"The gunfire was very fast and repetitive like a submachine gun," he said.

"It was a horrible time.

"We had nowhere to go as we were trapped inside the mosque with the defendant standing at the entrance.

"The defendant stopped firing and I saw all the people who had been shot. Some were injured and some were dead."

The widow of Naeem Rashid, who saved lives by charging at Tarrant as he carried out the slaughter at Al Noor Mosque, told the court of the difficulties of picking up the pieces of her life after losing her husband and eldest son, Talha. 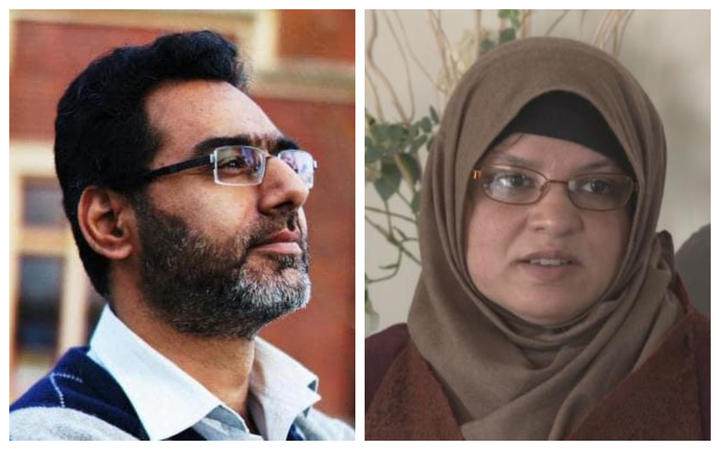 Ambreen Naeem said her husband's bravery brought her some solace, but it would never fill the void of his loss.

Naeem Rashid charged at the gunman as he shot at worshippers trying to flee the main prayer room at Al Noor Mosque. He crashed into Tarrant despite being shot and his actions allowed others to escape the prayer room.