Deforestation in Brazil's Amazon fell about 27 percent in July from a year earlier for the first time in 15 months, even as clearing increased 34.5 percent over that period, according to preliminary data from space research agency INPE on Friday. 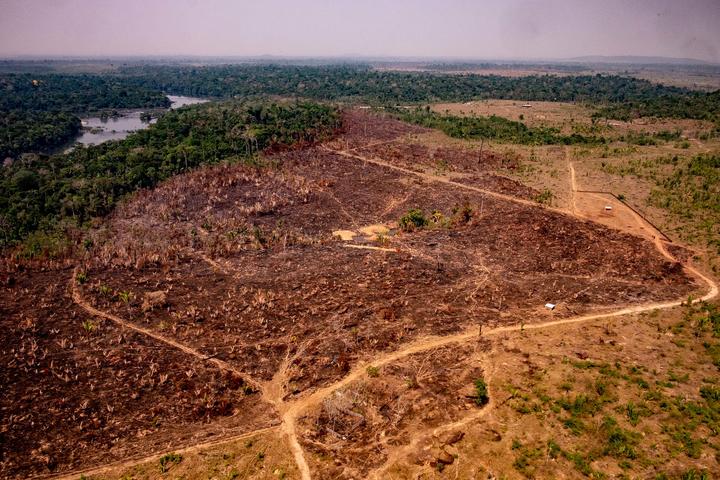 Vice President Hamilton Mourao, who leads the government's Amazon Council, hailed the data as a sign that military intervention in the region was curbing illegal logging.

"There was an inflection point," Mourao told journalists in Brasilia. "That's just the start. We have to keep at it until we hit our target of getting deforestation to an acceptable minimum."

However, environmental advocates including Marcio Astrini of the Climate Observatory argued that a reversion from the worst July on record last year was no cause for celebration, citing a broader rise in deforestation under President Jair Bolsonaro.

Brazil's official deforestation statistics track annual destruction from August to July, and more accurate figures for the cycle are typically released later in the year.

Researchers and environmentalists blame far-right populist Bolsonaro for emboldening illegal loggers, ranchers and land speculators by weakening environmental enforcement and calling for more commercial mining and farming in the Amazon.

Bolsonaro says he has been unfairly demonised and Brazil has an exemplary environmental track record, pointing to vast swathes of forest that remain standing. Nonetheless, following global pressure, especially from foreign investment firms, Bolsonaro has deployed the military to combat deforestation.

Although deforestation fell in July, the number of fires in Brazil's Amazon rainforest jumped 28 percent in July from a year ago, INPE data showed earlier this month.