Councils working on one district plan for the whole West Coast have grasped the nettle and given the go-ahead for the mapping of significant natural areas (SNAs) on private land. 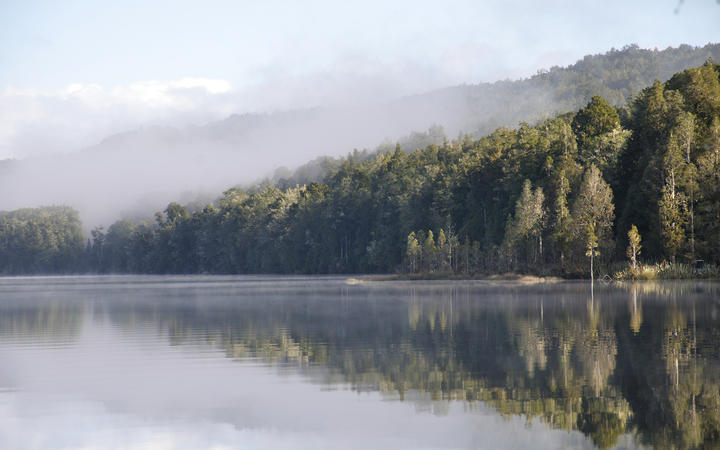 A misty morning on a lake in the West Coast region. File image. Photo: 123RF

They have agreed to exempt certain Māori land from the process.

Te Tai o Poutini Plan Committee - made up of council leaders and iwi - meets every two weeks to thrash out the policies and planning rules that will in future guide the Westland, Grey and Buller district councils.

The committee has deferred the vexed issue of SNAs until now, after strong opposition led by West Coast Regional Council chairman Allan Birchfield, who argued that if the government wanted to preserve native forest on private land it should buy it.

But the newly-operative West Coast Regional Policy statement requires that SNAs are identified and mapped in the new Te Tai o Poutini Plan.

Coast councils which have either not done the work, or partly completed it over the years, must now complete it.

The regional policy statement left room for some use and development of SNAs as long as environmental bottom lines set by government biodiversity standards were met.

Planners guiding the committee through the mountain of work involved in creating the new plan warned that putting off the SNA project could delay the overall plan by a year and cost ratepayers an extra $500,000.

Committee members at their meeting last week expressed some anguish but agreed that a desktop identification of SNAs on private land would need to be done.

The initial work will be done by researchers using Google maps to identify SNAs, but these will then need to be "ground-truthed" - physically inspected to see if they meet the criteria.

The committee has decided not to include SNAs on Māori-owned land at this time.

Iwi recently filed an appeal again Regional Plan Change 1, which identified Māori reserves - some of which have never been in Crown hands - as scheduled wetlands.

Iwi representative Paul Madgwick said those lands should be excluded from the SNA process for the same reason.

Buller Mayor Jamie Cleine argued that if Māori land was excluded, private land should be as well, and the committee should not pre-empt a court decision.

Regional councillor Laura Coll McLaughlin said Māori were objecting on the basis of law, while for private landowners the issue was fairness.

The committee agreed ratepayers should not have to fund SNA research of conservation land and would be asking the Department of Conservation to pay for that work on stewardship land.

The hope was that if enough representative ecosystems and biodiversity could be identified on stewardship land, fewer SNAs would be needed on private land.

Williams said there would be no decisions about on-the-ground surveys until the committee had a chance to see the results of the desktop mapping exercise.

Project manager Jo Armstrong said community consultation on the combined district plan would be ramping up in the coming months.

That would include the continuation of the one plan roadshow, which was postponed due to Covid-19, and drop-in sessions would resume from Runanga to Karamea, starting late September.

"Our aim is to hear from as many people as possible, so the plan supports things the community are interested in," Armstrong said.

"We are getting a lot of response to questionnaires on topics like natural hazards, which help us understand the community's perspectives."

Information sheets and questionnaires can be found on the Te Tai o Poutini Plan website.

*Disclosure: Paul Madgwick is the editor of the Greymouth Star, which employs the West Coast LDR. He took no part in the commissioning, writing or editing of this LDR story.