Contact tracing has begun in Fiordland after it was revealed the man who tested positive to Covid-19 in South Korea went on a Milford Sound cruise. 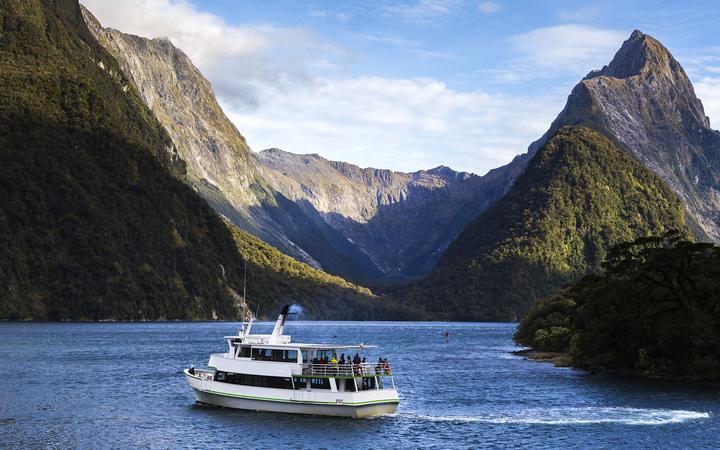 The Korean Centres of Disease Control and Prevention initially presumed the person caught the virus while in New Zealand, but the New Zealand Ministry of Health later said that South Korean authorities believed the person had contracted the disease during a lengthy transit at a Singapore airport.

This afternoon Director-General of Health Ashley Bloomfield announced the man had now tested positive for the second time after leaving New Zealand.

Before flying out, he had travelled to Queenstown and Manurewa, and testing was being done to rule out community transmission, Bloomfield said.

The Southern District Health Board has since said testing has expanded to Fiordland as well.

It said it had successfully contact traced the passengers the man shared a bus with to Milford Sound and those who joined him on a cruise.

Nobody who has come in contact with the man has yet tested positive for the virus.

Bloomfield appealed to anyone who was concerned to get tested for Covid-19. This included people in South Auckland, especially Manurewa, and also in Queenstown.

The dates for Queenstown were in 1-4 July before the school holidays. Likewise those in Manurewa, especially if they had any symptoms.

There were four possibilities for the case, Dr Bloomfield said. Firstly, it may have been a false positive result - though the second positive test has now ruled that out.

Secondly, it may have been an old infection which returned a positive result. The third possibility was the person acquired the infection from travel, and the fourth was that they acquired it in New Zealand.

That last possibility was the one the ministry was working to rule out, he said.

Health Minister Chris Hipkins said the man left New Zealand from Christchurch on 21 July and arrived in South Korea on 22 July, after transiting though Singapore.

He had no symptoms but returned a positive test on arrival, he said.

A Christchurch McDonald's which was visited by the man will not need to be deep-cleaned.

Canterbury Medical Officer of Health Dr Cheryl Brunton said the man visited the McDonald's on Memorial Avenue on 20 July but no staff or other customers are considered a close contact.