Amid dwindling numbers of international visitors, a novel attraction is helping to lure Aucklanders to their city's most popular landmark.

Twice a week at dawn, the country's highest yoga classes are under way high up in the Sky Tower, which is being populated by early birds from all walks of life.

At 186 metres, a far stretch from the commuter chaos and the regular rat race, 30 yogis can each claim their own slice of the skyline view, and settle in for a slow series of downward facing dog, crane and warrior poses.

Leading the unique classes is Amanda Fell - who is no stranger to stretching at great heights, having previously instructed yoga at the Shard in London. 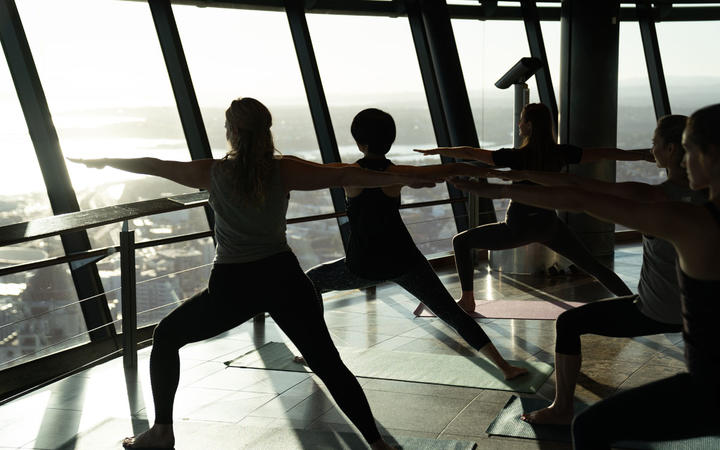 Yogis are keen to take part in the highest classes in the country. Photo: SkyCity

Off the back of a promotional event last year, the classes have been opened to the public at $20 - less than the regular cost of admission.

She said they were regularly booking to capacity, proving "extremely popular" with everyone from practised to first-time yogis.

"It's a nice way to bring yoga to a wide range of people...who wouldn't necessarily always practise yoga," she said. 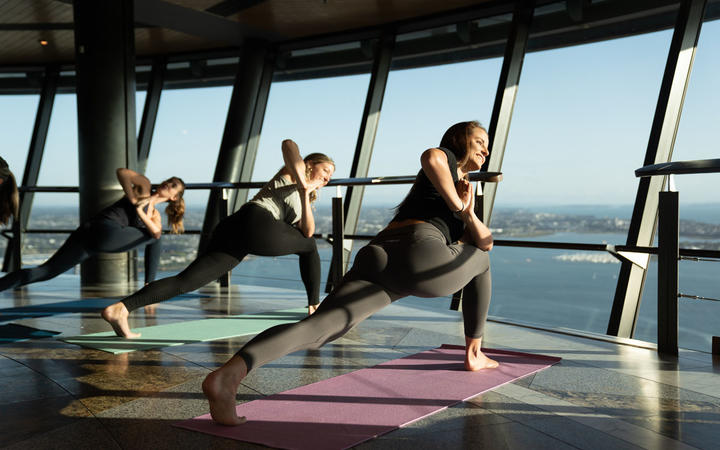 The past year has brought two major setbacks for SkyCity . The under-construction convention centre was ravaged by a three-day fire in October, and now Covid-19 border closures and travel restrictions have led to a distinct absence of overseas visitors.

Sky Tower coordinator Bridgette Clarke said they would normally make up the majority of the people coming up the facility's lifts.

"It's a definite impact. But we'll keep going and we'll get our locals back," she said.

With yoga proving a winning combination, it is set to continue every Wednesday and Thursday. Next month will see it levelled up again with a series of disco-themed classes.