Director-General of Health Ashley Bloomfield says there is one new case of Covid-19 in managed isolation today, while Health Minister Chris Hipkins says close contacts of a traveller from New Zealand are being isolated.

The pair were giving the daily health update on Covid-19 at 1pm today. Dr Bloomfield said the person was a woman in her 20s who arrived in New Zealand on 14 July, having travelled from Afghanistan and transferred via Dubai.

It had been 88 days since the last local case from an unknown transmission source.

One previously reported case has now recovered so the total number of active cases remains at 21.

Yesterday there were 1107 tests processed.

There were no new cases of Covid-19 in the country yesterday.

Hipkins this afternoon said details were being sought about a person who travelled to South Korea from New Zealand and tested positive for the coronavirus.

Health officials had communication with South Korean counterparts and there was no evidence of transmission in NZ that involves this case, Chris Hipkins said.

He said passengers from the two rows around the traveller on flight NZ555 on 20 July, would be considered close contacts and were being asked to isolate and get tests.

Five household contacts of the traveller had also been contacted and were all well, Hipkins said. However, they were all in self-isolation and would be tested today.

Other passengers on the flight will be provided with health information.

Hipkins said the individual left New Zealand from Christchurch on 21 July and arrived in South Korea on 22 July, after transiting though Singapore.

The traveller had no symptoms but returned a positive test on arrival, he said. 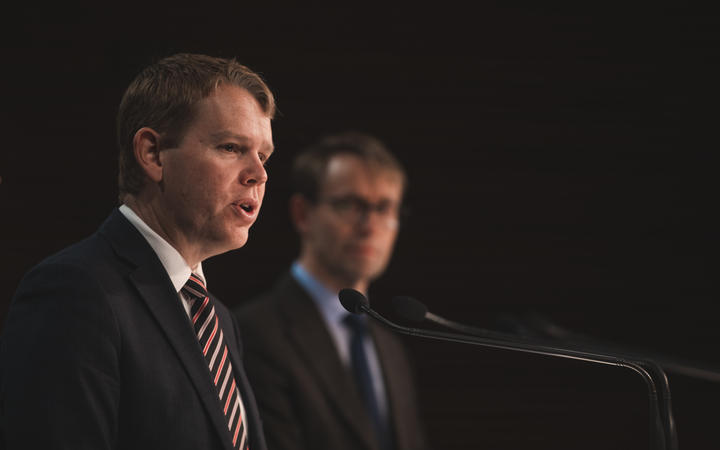 "The test was a rapid test which is recognised as less reliable than the PCR tests we do here in NZ."

The Korean Centres of Disease Control and Prevention initially presumed the person caught the virus while in New Zealand, but the New Zealand Ministry of Health later said that South Korean authorities believed the person had contracted the disease during transit at a Singapore airport.

"Officials are seeking information from South Korea about the individual concerned," Hipkins said.

"At this point we're still assembling information to identify which of those scenarios is the most likely. Having said all of that we are still implementing our response as if it was a worst-case scenario out of an abundance of caution.

He said domestic actions had been initiated out of caution, and risk to the public at this point was low. People concerned about today's update were asked to call Healthline on 0800 358 5453.

In regards to the safety of staff working in isolation facilities, Hipkins said there were well-established and robust systems in place.

"A independent review of infection prevention and control is currently being undertaken ... each facility will be reviewed."

From Saturday, DHBs would take over the delivery of health services in managed isolation and quarantine facilities, Hipkins said. These services are currently being done by contractors.

In other Covid-19 news so far today, Air New Zealand has extended a freeze on international flight bookings until the end of next week to help the government organise quarantine for incoming passengers.

Time is running out for law change on charging returnees and Labour may be forced to accept National's help if it wants to start charging.

Meanwhile, doctors have been frustrated as hundreds of patients refuse to be tested for the novel coronavirus.

And the education sector figures say the $51.6 million fund pledged to help international educators is missing the mark and won't be of much help.