Education sector figures say the $51.6 million fund pledged to the sector is missing the mark and won't be of much help. 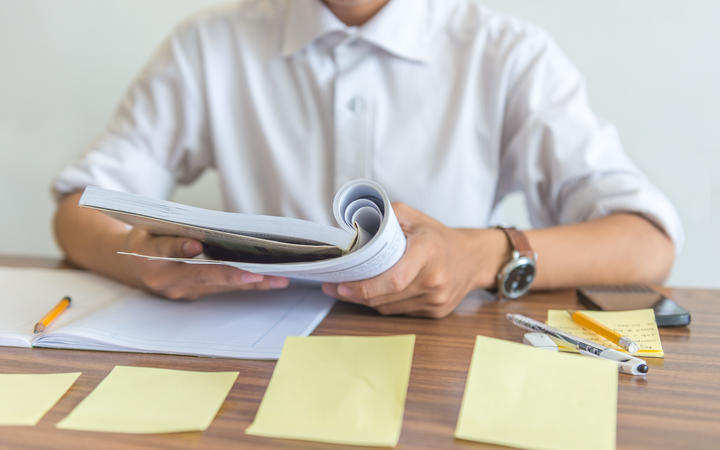 The fund has been pledged to state, state-integrated and private language schools that are struggling without fee-paying international students that they've come to rely on.

The sector said it's not going to cover much, and some would rather have a timeline on when foreign students would be able to return and plug the funding gap properly.

Macleans College in Auckland is short about $500,000 this year because 70 of their lucrative fee-paying international students couldn't get here.

Nationwide, it is normally a $5 billion industry, supporting 45,000 jobs. But it has been gutted by border restrictions, without much certainty of when they'll ease.

Macleans College principal Steve Hargreaves said funding was welcome, but a stronger solution would be getting international students back safely and sensibly.

"I'd like to see them given equal footing with the likes of America's Cup crew, or someone on a film," Hargreaves said.

"They are going to be here for three, four, some of them five years of secondary schooling, and if they come with a parent, they are a massive long-term investment [into the country]."

Education Minister Chris Hipkins admits the funding would not save every job. He said the government was "acutely aware" of the sector's challenges.

Hargreaves expects to have to lay people off at the school. He would rather the money go towards getting the students back through funding a quarantine system- expressing confidence that schools could manage a "tight" quarantine system themselves.

"That's worth a lot more to the system and sector than a payment that props us up for a short period of time," Hargreaves said.

Even in lieu of that, he said the package was not enough to have a significant effect. He did not understand why they received less than state schools when he said private ones generated more income.

"So you're looking at a funding rate of those two sectors of effectively four-to-one. They've got twice as much funding for half as much income and students," Conway said.

National MP Nicola Willis labelled the government's plan a band-aid solution, with the spend representing just one percent of what the sector's worth to the country.

She said schools and institutions need certainty about when and how they can welcome students back.

"What that requires is a clear plan for a secure quarantine system, and a secure border, that will allow international students to come back safely," Willis said.

Prime Minister Jacinda Ardern said it was just not logistically feasible to safely manage international students coming into the country, with previous numbers dwarfing the number of New Zealanders returning home, which is posing resource constraints on its own.

"In 2018 I think we had roughly 117,000 [international] students. Since we started our quarantine system, we've had a total of 31,000 returning New Zealanders come through. That gives you a sense of the scale," Ardern said.

Universities received no direct funding in the package. The Tertiary Education Union's Michael Gilchrist said the higher fees paid by international students significantly subsidises domestic ones. He said universities desperately needed financial support for 2021, with revenue prospects looking likely below any normal year, even accounting for an increase on 2020.

"We need to see some indication that a plan is being developed, and that's just missing from this package."

Victoria University of Wellington vice-chancellor Grant Guilford was pleased to see some support for the schools and private training enterprises, though the measures would not affect universities.

"There was a clear warning in the announcements from the minister that we should expect no students this year and very small numbers of students next year," he told Morning Report. That would lead to a shortfall for New Zealand universities of around $600m next year.

Hipkins said he was considering how foreign students could eventually return, ruling out government-paid quarantine costs for them, and was considering some sort of prioritisation of types of arrivals once the country's border restrictions are relaxed.