Speaking after the weekly Cabinet meeting, Ardern and Hipkins said the funding would help "cushion the blow" and set out a path to recovery for the sector.

"International education is our fifth-largest export earner and contributed nearly $5 billion to our economy in 2018 ... that's why today the government is investing $51.6 million from the Covid recovery fund to help stabilise the sector," Ardern said.

Some $20m would be invested in state and state-integrated schools for the remainder of the year, $10m would go to private training establishments including English language schools, and $10m would be invested to develop new products and services. The latter would include allowing students to learn from their home country before coming to New Zealand to complete their studies.

The remainder of the funding would allow providers to continue to provide pastoral care for the international students still living in New Zealand, and on marketing campaigns.

"We are looking to the prospects for this sector in the future, where we can manage them as part of quarantine, but that is not something we can safely do immediately," Ardern said.

"That is going to take some time and we will need to continue working with the sector on that."

Hipkins says the funding would not help save every job in the sector but, using the same words as the Prime Minister said it would cushion the blow.

Hipkins said the government was already providing support to universities and polytechs, as they were part of the "Crown's balance sheet".

"The investment that we're announcing today builds on the work that the government has already been doing to support providers and students such as enabling PTEs to hibernate, establishing an international student hardship fund and removing the requirement for providers to pay an ... education levy both this year and next year. 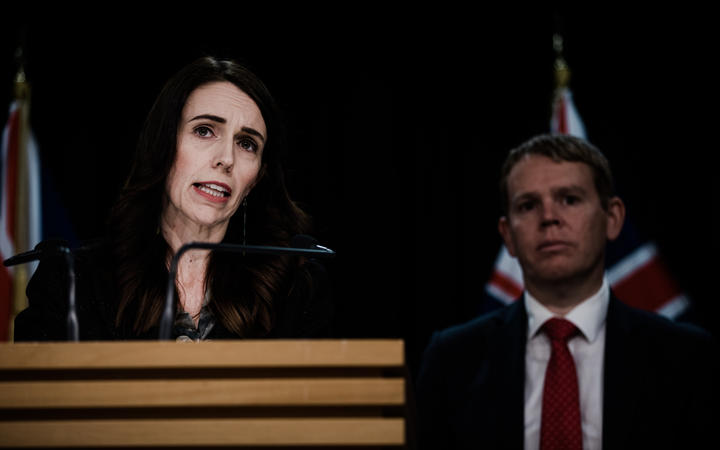 "I know much of the recovery will be dependent on when New Zealand is able to reopen our borders to international students, as we've noted many times, the Covid-19 pandemic continues to rage overseas, and we'd be expecting providers to plan for no additional international students for the rest of this year," Hipkins said.

He said the government "absolutely" would not be subsidising managed isolation and quarantine costs for incoming international students however.

Ardern said whenever you start doing something at scale, there would be associated risks.

"We're just not willing to jeopardise our health response by scaling up to something that we just can't do well. We have to constantly make sure we balance all of these decisions and that our primary focus is the health and safety of New Zealanders. And that's how we guard our economy."

She said the government has been working closely with airlines to manage the flow of passengers arriving in the country.

When questioned about claims of political interference in the decision to grant Kurdish-Iranian refugee Behrouz Boochani refugee status in New Zealand, Ardern said there was it was "entirely wrong". She said the decision had been kept "entirely separate" from politicians, "and that is as it should be."

New Zealand First tweeted over the weekend that the decision was why it needed the immigration minister portfolio.

When asked what she made of the rhetoric behind the statement New Zealand First made, Ardern answered: "That it's election year".

The Ministry of Health today said there were no new cases of Covid-19, after a weekend of no new cases.

However, testing numbers have continued to fall short of the 4000 tests per day scientists recommend for monitoring of the virus in New Zealand.

Hipkins said he continued to push for testing levels to be increased. Ardern said the Ministry of Health was working actively to lift rates of Covid-19 testing, but they remained low at the weekends because New Zealanders were not seeking testing on weekends.

She said that was why the government preferred to use a seven day rolling average, however today's reported seven-day average was still only 1865 tests per day.

In regards to a New Zealander who is reported to have tested positive for Covid-19 when arriving in South Korea, Hipkins said the government had asked for a second test.

The Ministry of Health this afternoon said it believed the person contracted the virus during transit in Singapore.

Ardern said the person had spent several months in the United States until mid-March.

Everyone who was on a domestic flight with the person, between Auckland and Christchurch, would be contacted as a precaution, Hipkins said.

Ardern said any trans-Tasman bubble was being slowed down by the high number of cases in Victoria.

"As we've always said, we have to be assured that any opening of a border between New Zealand and Australia would be safe. Obviously that is not the case now ... the work between officials continues, but I don't expect to see any opening in the immediate future at all."

The Cabinet was understood today to be discussing plans today for the first relaxation of the borders of New Zealand and Cook Islands, but announcement of any details has again been delayed.

Ardern said work on a bubble with Cook Islands and Niue was continuing.

Quarantine-free travel required intricate planning and the government did not take it lightly, she said.

Ardern was also asked how she celebrated her 40th birthday at the weekend.

"Like everyone else", she said - with a bit of cake and some quiet time ... that's actually not true, I don't think anyone else probably reads Cabinet papers on their birthday, but I did."