A body has been found at a property which was extensively damaged as a result of a fire last night. 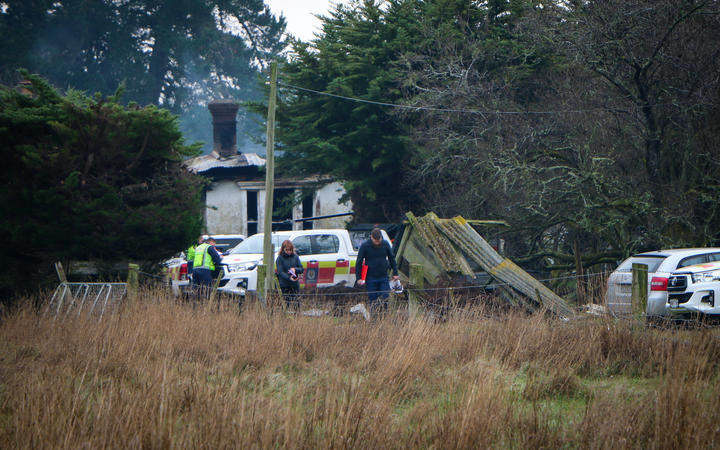 Fire and emergency were called to the house fire on Conservators Road in McLeans Island, Christchurch, about 7.20pm last night.

Area commander superintendent Lane Todd said the body remains at the property and has not been officially identified.

This morning, Fire and Emergency said one person was unaccounted for.

Luke Reich grew up on Conservators Road and his parents still live there.

He said when his parents and other neighbours noticed the fire, the house was already well ablaze.

"A neighbour ran over but when he got there he saw the part of the house where the man usually sits had collapsed, so there was not a lot he could do.

"I think it was actually his family's home and was the first on the street, and he has lived there ever since, but everyone else has moved away, he has lived alone for a long time."

The man kept to himself and was a bit of a recluse, Reich said.

"It's a peaceful quiet area around here so everyone knows each other and what they're up to, but he never left, he was always the quiet man who lived up the road.

"I got to speak to him a couple of times because our horse got loose onto his property so I went over to get it, he told me a bit about his life and what he liked to do.

"He was really nice, it's awful if anything has happened to him. He just liked the simple life, he has a large property and he just tends to his animals."

Fire and Emergency and police investigators remain at the scene.