A man managed to get out from Crowne Plaza in Auckland by tailgating a staff member, but was apprehended less than 100 metres away from the hotel. 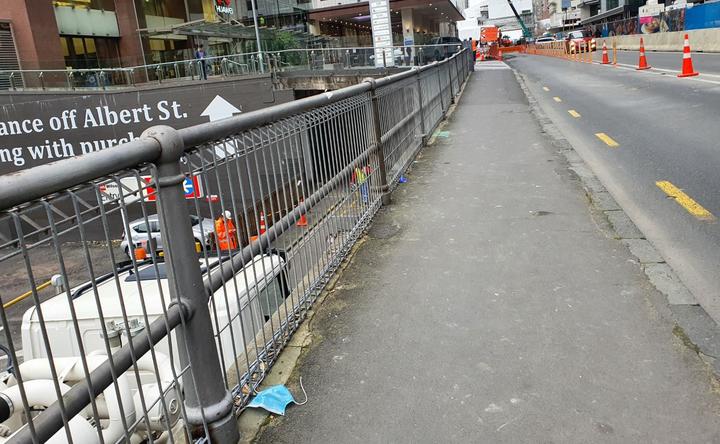 The blue mask of the man who escaped from the Crowne Plaza. Photo: RNZ / Matthew Theunissen

A witness to Auckland's latest managed isolation escape says the man was chased down the road by two security guards, a police officer and a soldier.

Christine Madden was having lunch on Albert St at the time.

"I saw a guy wearing a mask just walking along the street, coming from the Crowne Plaza down Albert Street. Then I saw a cop running at speed with a mask on so I figured he'd come from Crowne Plaza.

"A soldier was also running behind so I figured, yup, he was definitely coming from Crowne Plaza. He actually tried to side-step the cop to keep walking down the road, but they apprehended him obviously and walked him back to the Crowne Plaze."

A man who was working nearby also saw the drama unfold.

"I think he tried to take off from the Crowne Plaze but he shortly got stopped. He had two army fellas trying to chase after him - well, they were in army clothing anyway. Then the police just came up and turned him around, walked him back.

"His mask is still over there. I hope someone comes and picks it up, it's not going to be me anyway."

The minister in charge of isolation facilities Megan Woods says another person has managed to escape from the Crowne Plaza in Auckland after tailgating a staff member.

Woods said the man was apprehended by police after only making it 50 metres from the hotel.

"They didn't even make 50 metres. Security and the police were on to it and it really does show the work of having the police on site.

"They could be immediately brought back into the facility. This is an example of the systems working as they should. 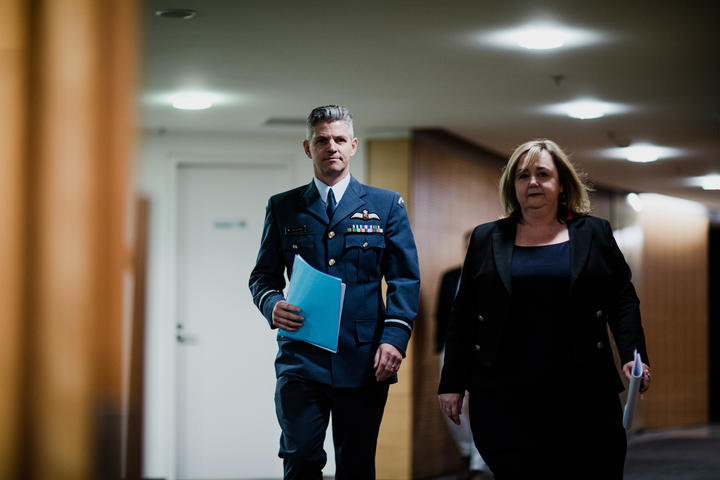 Air Commodore Darryn Webb said the man attempted to follow a staff member out of the gate, claiming he was a worker.

Webb said the man refused to show identification to staff who challenged him and then escaped onto Albert St.

Defence Force staff followed the man until a police officer wearing a mask and gloves arrested him 100 metres from the hotel.

The man arrived from Brisbane yesterday, on 29 July, and has not yet been tested for Covid-19.

Police said the man had been charged under the Covid-19 Public Health Response Act and would be summonsed to appear in court once he had completed isolation.